The first of its kind in mine warfare designed and manufactured by Northrop Grumman
Sensors • C4ISR • ISR (Intelligence, Surveillance, and Reconnaissance
Share Tweet Share Email Print

“With Initial Operational Capability, the ALMDS program has delivered a new and important capability to the Navy and to our nation—the first of its kind for mine warfare,” said Erik Maskelony, assistant program manager, Airborne Laser Mine Detection System, PEO LCS, Mine Warfare Program Office (PMS 495). 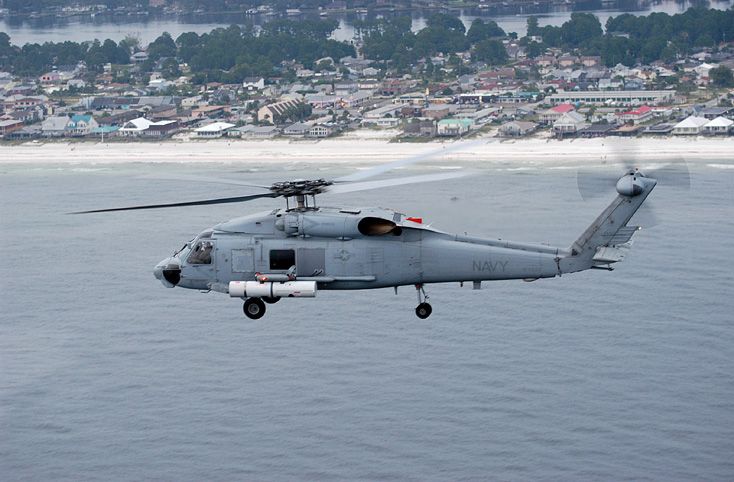 The ALMDS system features several capabilities that make it the first of its kind. It leverages a sensor pod to rapidly sweep the water using laser technology. The sensor pod can also be rapidly installed on a medium-lift helicopter and quickly removed after mission completion. This agile system’s detection speed and accuracy will significantly improve the U.S. Navy’s mine detection capabilities and help ensure the safety of service members around the world.

The target data generated by ALMDS is displayed on a console and stored for post-mission analysis. The Navy’s ALMDS installation aboard the MH-60S Seahawk helicopter is mounted on a Bomb Rack Unit 14, which is installed on the Carriage, Stream, Tow, and Recovery System. Northrop Grumman’s self-contained design allows the system to be installed on other aircraft types.

Earlier this year, Northrop Grumman successfully integrated and demonstrated ALMDS on a UH-60M Blackhawk helicopter. The first international sale of ALMDS occurred in 2012 to the Japan Maritime Self Defense Force (JMSDF), and the JMSDF has completed flight qualification testing of ALMDS on an MCH-101 helicopter.