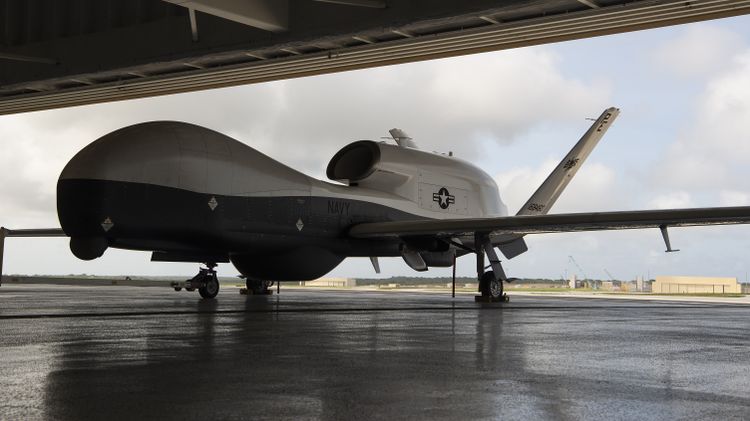 “This is a significant milestone in the MQ-4C Triton program,” said Doug Shaffer, vice president and program manager, Triton program, Northrop Grumman. “Our partnership with the U.S. Navy has been crucial in developing this system that will help commanders build a better common operational picture.”

The U.S. Navy’s newest and most technologically advanced ISR platform, Triton’s autonomous suite of maritime sensors allows operators to detect, track, classify and identify vessels on the ocean or in the littorals in some of the world’s busiest shipping lanes.

Triton’s ability to fly at high altitude and remain airborne in excess of 24 hours allows commanders to surveil a larger maritime area than ever before. Designed to operate in a manned-unmanned teaming concept, Triton provides an unblinking eye over massive swaths of ocean and littoral areas, enabling manned aircraft such as the U.S. Navy’s P-8 Poseidon to focus on anti-surface and anti-sub-surface warfare.

Unmanned Patrol Squadron One Nine, or VUP-19, is the first squadron to operate the MQ-4C.

Northrop Grumman solves the toughest problems in space, aeronautics, defense and cyberspace to meet the ever evolving needs of our customers worldwide. Our 85,000 employees define possible every day using science, technology and engineering to create and deliver advanced systems, products and services.