A media kit accompanying this release is available at: http://www.northropgrumman.com/MediaResources/MediaKits/Pacific/

Northrop Grumman's unmanned mine detection, classification and identification will be displayed at the show, including a full-scale model of the AQS-24B high-speed synthetic aperture sonar-based mine-hunting system. The AQS-24B and its predecessor systems, the AQS-24A and the AQS-14, are the only operational high-speed mine-hunting search systems used by the U.S. Navy for the past 33 years.

The company will also demonstrate its advanced command-and-control capability that leverages fifth-generation sensors, data links, networks and decades of experience pioneering interoperable systems to provide joint and coalition forces with an integrated 'common operational picture.' The greater ability to collect, integrate and disperse these intelligence products is driving a global trend toward a more information intensive style of warfare, and the adoption of a network centric concept of operations by many advanced armed forces, including the Australian Defence Force.

Northrop Grumman's airborne surveillance capability will also be presented.  The MQ-4C Triton unmanned aircraft system can provide a continuous on-station presence for some of the nation’s most demanding surveillance missions. The Australian Government plans to acquire the Triton capability.

The MQ-8C Fire Scout unmanned helicopter uses a larger airframe than the previous MQ-8B variant to deliver more range, payload capacity and endurance to naval forces. Fire Scout can land and take off from any aviation-capable naval ship. Fire Scout has been actively deployed by the United States Navy to enhance its maritime surveillance and patrol capabilities and could provide a substantial increase in capability for the Royal Australian Navy and other regional partners. 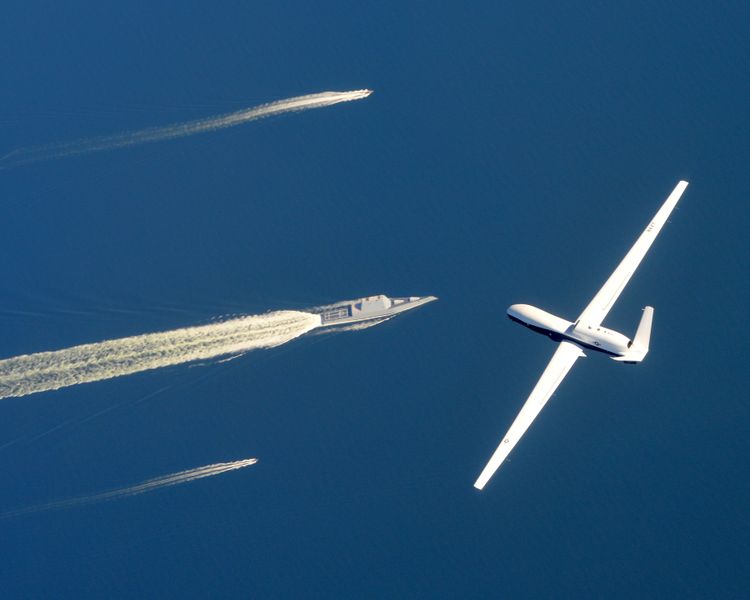