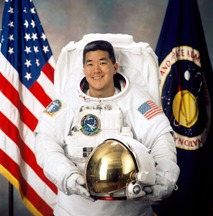 "Orbital was very proud of Dan when he was selected as an astronaut 16 years ago," said Mr. Frank Culbertson, Senior Vice President and Deputy General Manager of Orbital's Advanced Programs Group. "We are equally proud of his return to the company after such a distinguished NASA career. Dan's leadership and engineering capabilities will be a tremendous addition to our team, and his personal experience in human spaceflight will be invaluable in helping us be successful in delivering cargo to the ISS."

Prior to rejoining Orbital, Mr. Tani had a distinguished career as a NASA astronaut. Tani was selected as a NASA astronaut candidate in 1996 and for the next 16 years gained extensive spaceflight experience. He flew as a crew member aboard the Space Shuttle Endeavor, and also served as an ISS crew member in a separate mission, enabling him to log a total of 131 days in space. He served as the flight engineer on STS-108 in 2001, supporting an ISS crew exchange and the delivery of a Multipurpose Logistics Module, which carried over three tons of supplies, logistics and science experiments. Tani also completed a spacewalk on that flight to support maintenance of the ISS electrical power system. On his second spaceflight, Tani served as Expedition-16 Flight Engineer and spent 120 days living and working aboard the ISS. During his tour of duty aboard the station, he performed numerous robotic operations in support of the installation and checkout of the newly delivered Node-2. During his two flights, Tani logged a total of 34 hours and 59 minutes in five spacewalks.

Commenting on his new position, Mr. Tani stated, "I'm thrilled to be returning to Orbital. When I first joined the company in 1988, it was the most innovative aerospace company in the industry. In the time I have been with NASA, Orbital has not only further established itself as an industry leader with a vast product line and excellent performance record but has retained its innovative and entrepreneurial cultures. I look forward to bringing my experience as a NASA astronaut back to Orbital as we prepare for the first launch and berthing of the Cygnus cargo vehicle to the ISS."

Prior to joining the NASA astronaut office, Mr. Tami was an engineer at Orbital, serving initially as a senior structures engineer, and then as the mission operations manager for the Transfer Orbit Stage (TOS) in-orbit propulsion system. In that role, he served as the TOS flight operations lead, working with NASA-Johnson Space Center mission control in support of the deployment of the Advanced Communication Technology Satellite (ACTS)/TOS payload during the STS-51 mission in September 1993. He then moved to Orbital's Pegasus rocket program as the launch operations manager. In that capacity, he served as lead for development of procedures and constraints for the unmanned, air-launched Pegasus rocket.

Mr. Tani received Bachelor and Master of Science degrees in mechanical engineering from Massachusetts Institute of Technology in 1984 and 1988, respectively.

About OrbitalOrbital develops and manufactures small- and medium-class rockets and space systems for commercial, military and civil government customers. The company's primary products are satellites and launch vehicles, including low-Earth orbit, geosynchronous-Earth orbit and planetary exploration spacecraft for communications, remote sensing, scientific and defense missions; human-rated space systems for Earth-orbit, lunar and other missions; ground- and air-launched rockets that deliver satellites into orbit; and missile defense systems that are used as interceptor and target vehicles. Orbital also provides satellite subsystems and space-related technical services to U.S. Government agencies and laboratories.

More information about Orbital can be found at http://www.orbital.com.