Dec. 15, 2016-- (NYSE: OA), a global leader in aerospace and defense technologies, today announced that its Pegasus rocket successfully launched the Cyclone Global Navigation Satellite System (CYGNSS) satellite for . The successful launch was the 29th consecutive successful mission for the Pegasus rocket since 1997 and the 43rd overall flight of the world s first privately developed commercial rocket. 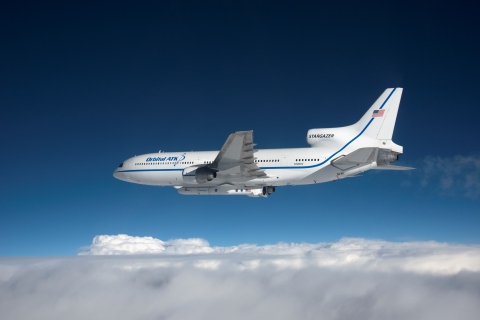 We are proud to provide another successful Pegasus launch for our customer, said , Vice President and General Manager of Orbital ATK s Launch Vehicles Division. Congratulations to the CYGNSS and teams on another great mission.

Pegasus is the leading launch system for the deployment of small satellites into low-Earth orbit. As the only NASA Launch Services Category 3 vehicle in the small-launch class, Pegasus is certified to launch NASA s most valuable satellites.

For the first phase of the launch, CYGNSS and the Pegasus rocket were carried into the atmosphere beneath "Stargazer" L-1011 carrier aircraft. They were released from the plane at approximately 39,000 feet, and then the Pegasus motors ignited, carrying CYGNSS to its intended 35 degree orbit so the constellation will be able to survey the mid latitudes where most cyclones form.

As an air-launched system, Pegasus has unparalleled flexibility to operate from virtually anywhere on Earth with minimal ground support requirements. This was the first Pegasus mission in 12 years to launch from Cape Canaveral. Pegasus missions have been conducted from six separate sites in the U.S., and the .

The vehicle s avionics and control systems, solid rocket motors, and composite structures are manufactured at facilities in ; ; , ; and Bacchus and .