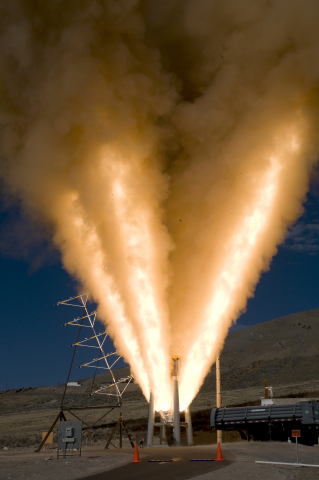 The launch abort motor, manufactured at facilities in , and , is a powerful solid rocket motor designed to ensure crew safety. Orion s LAS is a unique safety feature, similar to an ejection seat found in a fighter jet. If an emergency were to occur at the launch pad, or during lift-off and ascent, the abort system would rapidly lift the capsule and crew away from the rocket.

Orbital ATK is proud to be a key contributor to the Orion program and to astronaut safety, said , Vice President of Orbital ATK s NASA Propulsion Programs. The benefit of using a solid launch abort motor is being able to transport the crew far from harm s way in milliseconds, should the need arise.

Under the recently signed agreement, the primary objective is to complete design, development, test and qualification of the abort motor. Major milestones in the process include structural tests, loads tests, igniter open air tests, and motor static firing tests. These tests will ultimately qualify the abort motor for operational flight missions. The agreement with provides funding for the launch abort motor through the second launch of Orion on SLS, -2.

The second flight test of the LAS, dubbed AA-2, is scheduled for GFY19. AA-2 will test the full capability of the launch abort system in a high altitude abort test.

Under a separate contract with , also provides the LAS attitude control motor. This motor is manufactured at the company s facility.