Up to Three Satellites to Be Delivered Under Contract

Mar. 24, 2015-- (NYSE: OA), a global leader in aerospace and defense technologies, today announced that it has been awarded a contract by the to design, produce and integrate up to three Joint Polar Satellite Systems (JPSS) spacecraft, to be operated by the to provide critical weather forecasting data and to advance environmental and oceanographic science. The contract includes a firm order for the first satellite, referred to as JPSS-2, valued at and options for two additional satellites, JPSS-3 and -4, valued at . 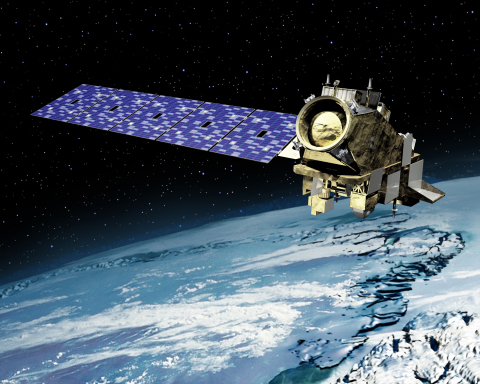 Artist rendering of NOAA's JPSS-2 spacecraft in orbit. was awarded a contract for up to three new-generation weather satellites by . (Photo: Business Wire)

The JPSS-2 satellite will provide operational continuity of space-based weather observations, extending the successful 40-year NOAA/ partnership into the 2020 and 2030 decades. Under the new contract, Orbital will design and fabricate the JPSS spacecraft, integrate government-furnished instruments, conduct satellite-level testing, and support in-orbit check-out and mission operations. The JPSS-2 satellite will be delivered in 2020, while JPSS-3 and JPSS-4 will be delivered in 2024 and 2028, respectively, if exercises those options. Each JPSS satellite will have a design life of at least seven years once it is launched into orbit.

Orbital ATK is honored to be selected by to produce the States next polar-orbiting weather satellites, said Mr. , President and Chief Executive Officer. The critical data provided by these satellites will allow NOAA to continue its 50-plus year mission to protect lives and property from severe weather events and to enhance economic prosperity across a wide range of industries, he added.