OmegA Scheduled for Ground Tests Next Year, First Launch in 2021

Apr. 16, 2018-- During the 34th annual Space Symposium in , (NYSE:OA), a global leader in aerospace and defense technologies, today provided a detailed update on the important progress being made on its Next Generation Launch System. The company reaffirmed its commitment to the U.S. Air Force s Evolved Expendable Launch Vehicle (EELV) program for national security space missions with the announcement of the name of the rocket, OmegA, and the selection of its upper stage propulsion system. As one of the company s largest strategic investments, OmegA will provide intermediate- to heavy-class launch services for , civil government and commercial customers beginning in three years. 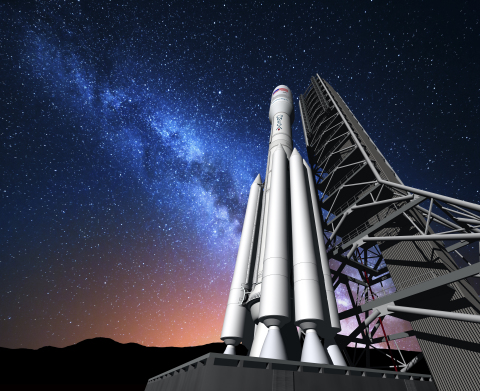 As one of largest strategic investments, the OmegA rocket will provide intermediate- to heavy-class launch services for , civil government and commercial customers beginning in three years. (Graphic: Business Wire)

Orbital ATK is very excited to partner with the to develop OmegA, our new EELV-class launch vehicle, said , President of Orbital ATK s . Our OmegA rocket provides the best combination of performance, affordability and reliability to support the full range of our customers mission requirements. Based on our experience of producing more than 430 launch vehicles over the last 35 years, we have the rigorous processes, operational discipline and oversight transparency that are expected by our U.S. government customers. And with the industrial resources and financial capabilities of a revenue company, is fully committed to meeting the technical and schedule requirements of this important program.

Over the last three years, and the have together invested more than in developing the OmegA rocket, and the company has committed to an even larger additional investment to complete its development and certification. is already building major propulsion and structural elements with a program workforce of about 500 employees. OmegA is on schedule to complete propulsion system ground tests in 2019 and to conduct its first launch in 2021.

The RL10 has provided reliable upper stage propulsion for more than five decades and we look forward to continuing that legacy with and its OmegA rocket, said CEO and President . By selecting the RL10, is able to leverage investments made by the and others to build resilient space launch capabilities for our nation.

The RL10 has an extensive flight history and provides a low-risk, affordable engine with outstanding performance, said , Deputy General Manager of Orbital ATK s Launch Vehicles Division. OmegA is a robust all-American launch system with its entire design based on flight-proven technologies and common components from Orbital ATK s diversified lineup of rockets and propulsion systems.

has a long history of launching critical payloads for the , and other customers with the company s Pegasus , Minotaur and AntaresTM space launch vehicles as well as a wide array of strategic missile interceptors and targets in support of critical national security launch programs.

We currently have 10 launch vehicle product lines that are in active production and operations for our government and commercial customers, leveraging the efforts of one of the industry s most experienced launch vehicle development and operations teams, said Pinkston. The company has built and delivered about 160 space and strategic launch vehicles and approximately 275 target vehicles in the past 35 years, with current annual production rates totaling about 20 vehicles per year.

Approximately 500 employees are currently working on OmegA, a number that is expected to grow to about 1,000 people over the next 18 months. The company s development team is working on the program in , , and , with launch integration and operations planned at in and in . The program will also support hundreds of jobs across the country in its supply chain.

The next phase of the OmegA program is expected to begin when the awards Launch Services Agreements in mid-2018, which will include the remaining development and verification of the vehicle and its launch sites. After initial flights of its intermediate configuration in 2021, OmegA will be certified for operational EELV missions starting in 2022 with initial heavy configuration flights beginning in 2024.