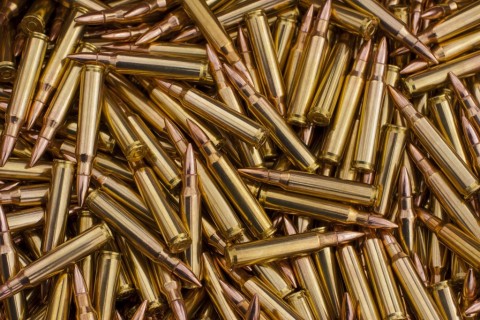 has received in small-caliber ammunition orders from the . Orders were placed for 5.56mm and 7.62mm ammunition under the company's supply contract to produce ammunition at the Lake City Army Ammunition Plant. (Photo: Business Wire)

Since 2000, has produced more than 17 billion rounds of small-caliber ammunition at to support U.S. and allied warfighters around the globe. and the have made significant upgrades at the facility in recent years that have enhanced product quality; and performance, efficiency and operational improvements for safety and environmental stewardship.

Orbital ATK is honored to continue our longstanding support of the U.S. Armed Forces and its allies by providing them with reliable, high-quality ammunition, said , Vice President and General Manager of Small Caliber Systems Division of the . Every member of the team understands that our nation s warfighters depend on us to provide the highest quality ammunition possible, and we do not take that responsibility lightly.

is a global leader in aerospace and defense technologies. The company designs, builds and delivers space, defense and aviation systems for customers around the world, both as a prime contractor and merchant supplier. Its main products include launch vehicles and related propulsion systems; missile products, subsystems and defense electronics; precision weapons, armament systems and ammunition; satellites and associated space components and services; and advanced aerospace structures. Headquartered in , employs approximately 12,500 people in 18 states across and in several international locations. For more information, visit www.orbitalatk.com.