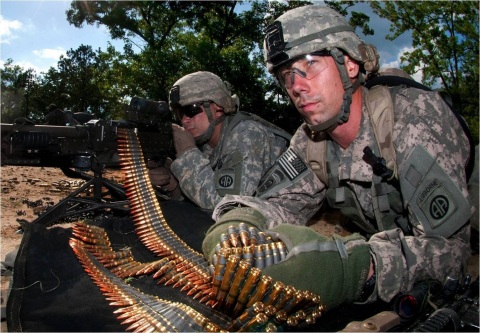 has announced that it has received orders totaling to produce small caliber ammunition for the . Orders for .30 caliber, .50 caliber, 5.56mm and 7.62mm ammunition were placed over the past few months under Orbital ATK s seven-year supply contract. (Photo: Business Wire)

Our commitment to world class quality and value-added services is unwavering, said , Vice President and General Manager of Small Caliber Systems division of the . It is our proud legacy to be the U.S. Army s leading supplier of small caliber ammunition by continuing to provide reliable, affordable ammunition that warfighters have come to depend on.

has operated for the since 2000, producing 19 billion rounds of small caliber ammunition. and the are making facility upgrades and investing in state-of-the-art, high-volume technology to enhance the efficiency and cost-effectiveness of .

is a global leader in aerospace and defense technologies. The company designs, builds and delivers space, defense and aviation systems for customers around the world, both as a prime contractor and merchant supplier. Its main products include launch vehicles and related propulsion systems; missile products, subsystems and defense electronics; precision weapons, armament systems and ammunition; satellites and associated space components and services; and advanced aerospace structures. Headquartered in , employs more than 12,000 people in 18 states across and in several international locations. For more information, visit www.orbitalatk.com.