Oct. 5, 2015-- (NYSE:OA), a global leader in aerospace and defense technologies marked the 50th and 51st missions of GQM-163A Coyote target vehicle for the , as they completed flights tests launched from last month. 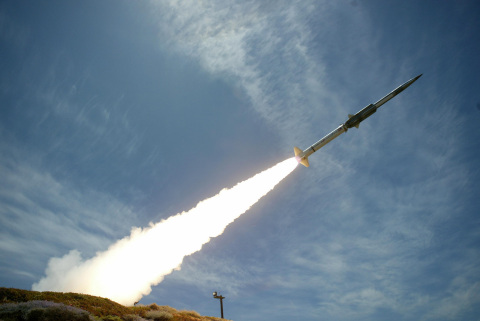 Marking over 50 missions is a major accomplishment for the program, said , President Flight Systems Group. The Coyote s high-performing capabilities are critical to ensuring the Navy s defense systems remain on the cutting-edge and ready to respond.

The supersonic Coyote target vehicle is based on a solid fuel ramjet propulsion system that is integrated into a compact missile airframe. Rail-launched from naval test and training ranges, the highly maneuverable Coyote has two optional flight trajectories: sea skimmer and high-diver.

These Coyote missions were conducted in a high-diver trajectory which reaches speeds more than Mach 3.5, marking the fourth and fifth successful launches completed this year.

We are committed to providing our customers with a reliable high-quality platform, said , Vice President and General Manager Orbital ATK Launch Vehicles Division. There is a sense of pride involved as we deliver cost-effective, robust and flexible systems that enable the to train and be prepared for real-world threats.

The development and manufacturing of the Coyote vehicles occurs at Orbital ATK s facility in .

Throughout the history of the program, Coyote targets have been successfully launched from four sites including in the ; the on ; Ile du Levant near the French Mediterranean coast; and , .

was awarded an initial development contract in 2000. Since that time, the company has received multiple orders from the , as well as orders from the Royal Australian Navy, French, Direction g n rale de l armement (DGA) and other foreign military sales customers. Approximately 120 units of the supersonic sea-skimming target missile have been ordered to date.