Oct. 19, 2015-- (NYSE: OA), a global leader in aerospace and defense technologies, announced today that it has successfully completed the final validation and testing for its new clean air Ramjet Test Facility at the (ABL) in Rocket Center, . This facility is one of few in with a clear-air testing environment for flying trajectories on the stand with real-time, variable mass flow-rate and temperature. ABL is housed at the site owned by Naval Sea Systems Command, which committed funding to the new facility. 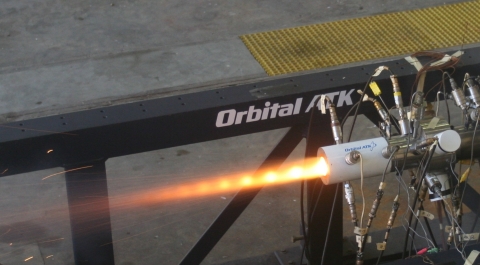 This new facility is a national asset, providing the means to test next generation missile propulsion components, said , Vice President and General Manager of Orbital ATK s Missile Products Division of the . We have the ability to fly a mission during test, which reduces costs associated with conducting multiple point tests.

is a global leader in aerospace and defense technologies. The company designs, builds and delivers space, defense and aviation systems for customers around the world, both as a prime contractor and merchant supplier. Its main products include launch vehicles and related propulsion systems; missile products, subsystems and defense electronics; precision weapons, armament systems and ammunition; satellites and associated space components and services; and advanced aerospace structures. Headquartered in , employs more than 12,000 people in 18 states across and in several international locations. For more information, visit www.orbitalatk.com.