Dec. 10, 2015-- Orbital ATK (NYSE: OA), a global leader in aerospace and defense technologies, announced it was granted a patent by Patent and (HAPS), a system to protect helicopters against airborne threats. This represents the first patent awarded to for its development of methods and systems of active protection from aerial threats by dispensing a kill vehicle from either aerial or ground platforms. 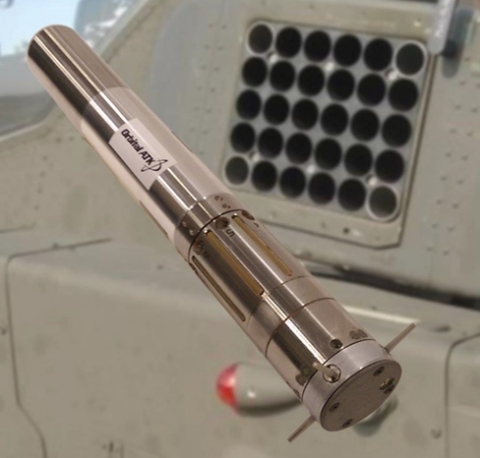 The kill vehicle is the key component in HAPS. recently performed a live-fire demonstration validating the basis of the invention including the performance of its kill vehicle s ability to launch, perform pitch maneuvers and fly to a detonation point that simulated the location of an incoming rocket-propelled grenade (RPG).

Orbital ATK is dedicated to maturing the development of this first-of-a-kind active protection system for helicopters and to put it into the hands of our armed forces, said , Vice President and General Manager of Orbital ATK s Defense Electronic Systems division of the . Using advanced technologies to help protect our armed forces is a key focus for our company and our innovative design will fill a critical gap in technology, addressing a real problem.

This newly-patented innovation has a direct benefit to helicopters and their crew members. Helicopters are vulnerable to damage from RPGs because the aircraft often hovers in position at low altitude, making it easy to target by an enemy on the ground. Orbital ATK s HAPS system is designed to identify an incoming threat, launch and guide a kill vehicle to a precise location and detonate a warhead at a point where the RPG is rendered ineffective. All of this is designed to occur within a fraction of a second and far enough away from the helicopter to ensure the crew and aircraft are not harmed by fragments from the destroyed RPG. The system also serves as a last line of defense against advanced man-portable air-defense systems, or MANPADS.