Jul. 6, 2015-- Orbital ATK (NYSE: OA), a global leader in aerospace and defense technologies, announced today that it was chosen by the (SBA) as one of the 2015 Tibbetts award winners for the 2015 (SBIR) Award. This award places the Advanced Anti-Radiation Guided Missile (AARGM) in a class of innovative products and recognizes it as one of the most significant achievements produced by the SBA s SBIR program. 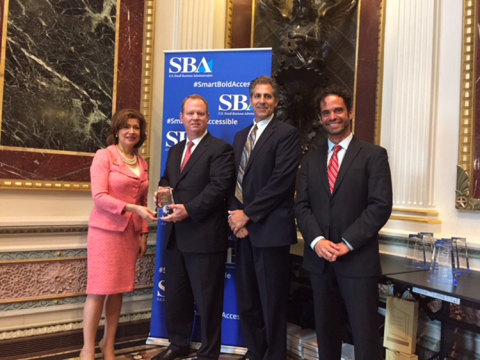 was chosen as recipient of this award for its work on the AARGM missile, a supersonic, air-launched tactical missile system, upgrading legacy AGM-88 HARM systems with advanced sensors and algorithms. AARGM provides the capability required by U.S. and allied aircrews against modern surface-to-air threats.

This award is a tremendous honor for the AARGM team and Orbital ATK, said , president of the . The AARGM program is an excellent example of how partnering between industry, the and SBA can leverage the innovation and technology generated by small businesses and the SBIR program to provide the affordable and effective solutions needed by the warfighter.

The AARGM program began with the original Phase I SBIR award to Science and (SAT), which was subsequently awarded Phase II and III awards. In 2002, SAT became a part of Orbital ATK s predecessor company, Alliant Techsystems. The company was awarded and Demonstration and production phase contracts for AARGM, yielding the fielded product and a major SBIR success story, as acknowledged by the Tibbetts award.

About the Tibbetts Awards

The Tibbetts awards are presented annually to those who are beacons of promise and models of excellence in high-technology. Winners are selected based on the economic impact of their technological innovation, and the extent to which that innovation served federal R&D needs, encouraged diverse participation and increased the commercialization of federal research. The Tibbetts Awards are given to small businesses and individuals judged to exemplify the best in the SBIR program. The award is named for , acknowledged as the father of the (SBIR) program, and is presented to companies and individuals that promote the mission and goals of the SBIR Program:

Created in 1953, the (SBA) helps Americans to start, grow and succeed with their own companies. The Administration s mission is described as the three C's: facilitating access to capital, providing counseling, and ensuring emerging businesses receive a quarter of Federal contract dollars.