AARGM Continues to Protect U.S. and Allies from Surface-to-Air Threats

Sep. 8, 2015-- Orbital ATK (NYSE: OA), a global leader in aerospace and defense technologies, announced today that it has been awarded a contract by the for the fourth full-rate production lot of the Advanced Anti-Radiation Guided Missile (AARGM) and a fifth lot for up to . The contract covers All-Up Round missiles and captive air training missiles for the and Italian Air Force as well as the second Foreign Military Sales order for the Royal Australian Air Force. The contract award reinforces the customers need for AARGM s critical mission capabilities. 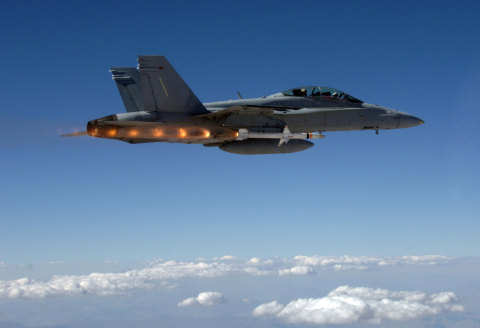 With the rapid proliferation of threats emerging around the world, AARGM provides significant advanced capabilities to those protecting our nation each and every day, said , Vice President and General Manager of Orbital ATK s Defense Electronic Systems division of the . AARGM continues to provide the and our allies with the most advanced system against surface-to-air threats.

AARGM is a and Italian Air Force international cooperative major acquisition program with the as the executive agent. AARGM is currently deployed and supporting operational requirements for the and . The missile is integrated into the weapons systems on the FA-18C/D Hornet, FA-18E/F Super Hornet and EA-18G Growler aircraft. AARGM is anticipated to achieve Initial Operational Capability on the Italian Air Force s Tornado ECR aircraft in 2017.

With additional integration efforts, AARGM could be employed on the F-35.