Nov. 10, 2015-- (NYSE:OA), a global leader in aerospace and defense technologies, announced today it received an award for a Future ICBM Sustainment and Acquisition Construct (FISAC) Propulsion Subsystem Support Contract (PSSC) from the . Under the contract, will support the in modifying and sustaining the Minuteman III ICBM. 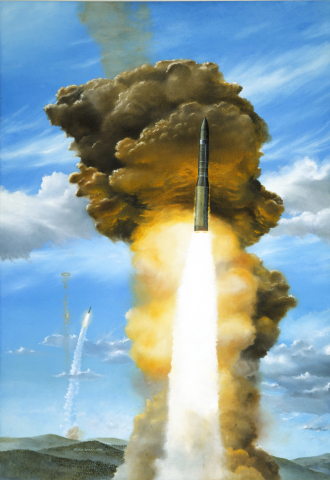 Orbital ATK has played a key role on the Minuteman program for more than five decades, said , Vice President and General Manager of Orbital ATK s Propulsion Systems Division. Multiple generations of family members have dedicated their careers to this critical weapon system, and we are proud to continue that legacy with this new contract.

While the Minuteman III weapon system is projected to be in service through 2030, the has already started the process of designing its replacement. The effort to develop the new weapon system, called the Ground-Based Strategic Deterrent (GBSD), is being led by the at (AFB) in .

The Orbital ATK team is eager to help the begin a smooth transition, said Precourt. It is imperative that Minuteman III sustainment be highly affordable and responsive as the must sustain the current weapon system while beginning development of GBSD.

As part of this contract, will lead a team located at or near with support from its manufacturing facilities in . has partnered with and other members of the missile industry to provide subsystem support as needed.