Feb. 8, 2017-- (NYSE: OA), a global leader in aerospace and defense technologies, announced today that the company was awarded a contract to complete development of the next generation 120 mm multi-purpose round for the Abrams Main Battle Tank. The award funds the final development and qualification for the U.S. Army s Advanced Multi-Purpose (AMP) round. 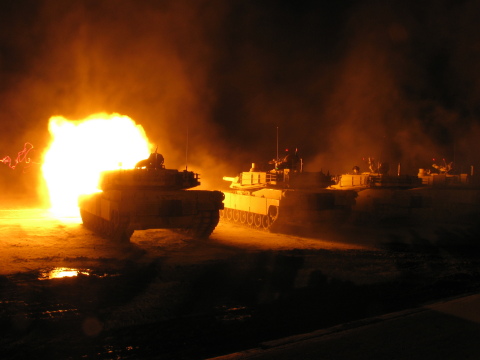 The contract calls for a 30-month development and qualification deliverable, and also includes three exercisable options for initial and full-rate production that could bring the total contract value to .

The AMP round provides the warfighter with new capabilities to defeat Anti-Tank Guided Missile Teams/dismounted infantry and breach double-reinforced concrete walls. Additionally, the AMP consolidates the capabilities of four existing 120 mm munitions including defeat of light-armor, bunkers, and obstacle reduction, resulting in a reduced logistical burden while also allowing the warfighter to battlecarry a single munition for multiple engagement scenarios.

Using the Abrams ammunition data link, the gunner will use the fire control system to program the AMP fuze for a specific operational mode (point detonate or airburst). The versatility of the round lies in the crew s ability to specify the engagement mode which in turn, greatly reduces crew reaction time and increases battlefield survivability.

Since 1980, has partnered with the , to successfully type-classify 12 of the 14 current 120 mm tactical and training rounds for the Abrams tank and has delivered more than 4 million 120 mm tank rounds to the , , and allied militaries. The company has qualified and is in production with the M829A4 Advanced Kinetic Energy round, which provides the ability to defeat current and projected threat tanks equipped with third generation reactive armor and active protection systems.