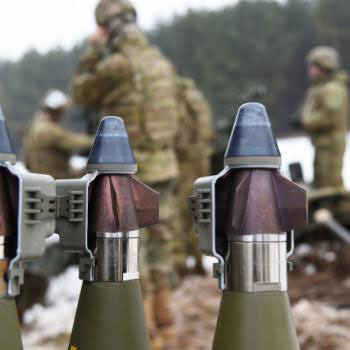 By replacing a standard fuze with guidance fuze, artillery projectiles are reliably delivered to within 30 meters of the intended target. During recent lot acceptance tests, randomly selected PGK fuzes provided accuracy better than 10 meters Circular Error Probable and performed all fuze functions with a perfect safety record. This degree of accuracy greatly reduces conventional artillery dispersion, which can be 200 meters or more.

More than 1,000 PGKs have been tested over the course of development and production, said , Vice President and General Manager for Orbital ATK s Armament Systems Division of the . These tests prove PGK s maturity in terms of producibility, reliability, performance and safety. Based on our experience, we see that PGK technology has the potential for greater integration across current and future indirect- and direct-fire systems.

PGK enhances accuracy through Orbital ATK s innovative design which features a fixed-canard guidance approach, gun-hardened electronics and a self-generated power supply. PGK also incorporates a fail-safe option, preventing the projectile from detonating if it does not get close enough to the target.

PGK is a great success story and tremendous capability for our artillery, said Army Product Manager, Lt. Col. . Not only have we reached a milestone in production, our soldiers have now fired it more than 1,000 times during recent operations and it s really giving them an unfair advantage.

Under the initial production contract that fielded more than 4,000 units, successfully completed a series of nine separate lot acceptance tests that demonstrated PGK's reliability to guide the round while in flight and perform all fuze functions correctly under extreme environmental conditions. In , signed a contract that exercises a second option to produce PGK for the U.S. military through 2019.