Mar. 9, 2015-- (NYSE:OA), a global leader in aerospace and defense technologies, announced today that the company has signed a contract with the for additional production of the Precision Guidance Kit (PGK) for 155mm artillery. Once fielded to the warfighter, PGK will transform conventional 155mm artillery projectiles into a near precision weapon reliably reducing normal artillery dispersion of more than 200 meters to less than 30 meters. This transformation allows highly responsive and precise use of artillery on the modern battlefield. 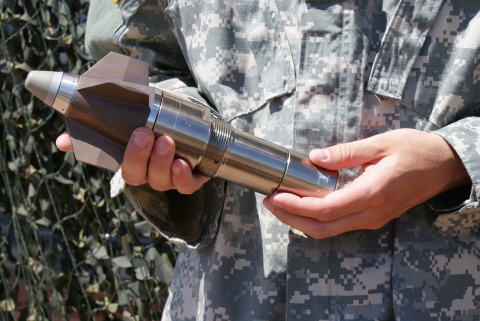 received a contract from the for additional production of the Precision Guidance Kit (PGK) for 155mm artillery. (Photo: Business Wire)

The (USD), contract calls for the production, lot acceptance testing and delivery of the guidance fuzes for fielding to U.S. and select allied armies. Deliveries are scheduled to begin in early 2016 without a production break from the Low Rate Initial Production which began in .

This contract signing marks another significant milestone for the PGK program, said , vice president and general manager of Orbital ATK s Armament Systems division of the . Fielding PGK for use with existing artillery projectiles provides soldiers with a distinct battlefield advantage by greatly reducing the inherent dispersion associated with conventional artillery. As a proven and qualified technology, the next step is growing PGK into future precision applications for either existing or new direct and indirect fire weapons systems.

PGK is a guidance fuze that fits within the fuze well of 155mm high-explosive artillery projectiles, performing in-flight course corrections to greatly reduce artillery dispersion. The design features a fixed-canard guidance and control approach with gun-hardened electronics and a self-generated power supply. PGK performs all standard fuze functions while also incorporating a fail-safe option, preventing a PGK-equipped artillery round from detonating if it does not get close enough to the target.

Today s battlefield is ever-changing in terms of terrain and engagement criteria. Reducing the risk of friendly and civilian casualties and collateral damage to infrastructure is critical. This combination of constraints often restricts ground commander s options and sometimes limits use of artillery to engage critical targets.

PGK s ability to reliably reduce artillery dispersion provides the warfighter a level of precision necessary to greatly reduce the risk of collateral damage and put artillery back into the fight.

supplied PGK for use in for training and tactical operations via an urgent materiel release in . In , PGK passed First Article Acceptance Testing.

is an industry leader in providing innovative and affordable ammunition, precision and strike weapons, electronic warfare systems, and missile components across air-, sea-, and land-based systems.

is a global leader in aerospace and defense technologies. The company designs, builds and delivers space, defense and aviation systems for customers around the world, both as a prime contractor and merchant supplier. Its main products include launch vehicles and related propulsion systems; missile products, subsystems and defense electronics; precision weapons, armament systems and ammunition; satellites and associated space components and services; and advanced aerospace structures. Headquartered in , employs more than 12,000 people in 20 states across and in several international locations. For more information, visit www.orbitalatk.com.