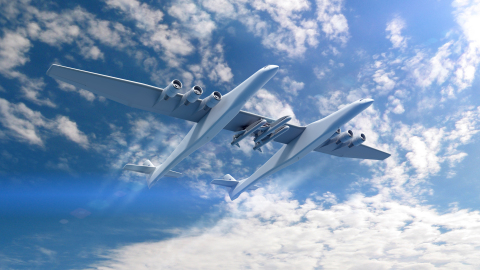 Under this partnership, will initially provide multiple Pegasus XL air-launch vehicles for use with the Stratolaunch aircraft to provide customers with unparalleled flexibility to launch small satellites weighing up to 1,000 pounds into low Earth orbit. Pegasus has carried out 42 space launch missions, successfully placing more than 80 satellites into orbit for scientific, commercial, defense and international customers.

We are energized by this evolved partnership with Orbital ATK, said Mr. , CEO of Stratolaunch Systems and executive director of . Orbital ATK is the world s most experienced air-launch service provider, and we are proud to leverage that expertise and progressive approach in pursuit of our shared goal of convenient and affordable commercial access to low Earth orbit.

Orbital ATK is excited by this collaboration and sees it as a positive first step in a long-term partnership, said , president of Orbital ATK s . The combination of our extensive air-launch experience and the Stratolaunch aircraft has the potential to provide innovative and cost-effective options for commercial launch customers.