Mar. 15, 2018-- (NYSE: OA), a global leader in aerospace and defense technologies, has been given approval to begin building the NASA Landsat 9 spacecraft after completing a comprehensive design review of the mission. Landsat 9, a land surface mapping satellite, will collect space-based images and data that serve as valuable resources for researchers in areas that include agriculture, land use mapping, and disaster relief. is designing and manufacturing the satellite, integrating two government-furnished instruments, and supporting launch, early orbit operations and on-orbit check-out of the observatory. 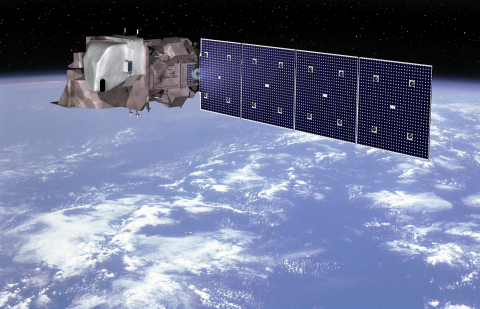 Landsat 9 is on schedule to launch in 2020.(Photo: Business Wire)

Representatives from and successfully completed a rigorous Critical Design Review (CDR) demonstrating that the program meets all technical performance measures and requirements. The execution of the design review enables the program to effectively transition into manufacturing and prepare for the assembly, test and launch operations phase of the mission. The Landsat 9 spacecraft will be manufactured and tested at the company s , facility and is currently planned for launch in late 2020. The spacecraft will be operated by the once in orbit.

I am extremely pleased with the progress our team has made since the contract was awarded about a year and a half ago. We have passed every milestone and remain on schedule to launch in 2020, said , Vice President of Science and Environmental Programs at . This will be the fourth Landsat satellite built by for and demonstrates our continued ability to deliver high-quality land imaging satellites that support the Landsat program s long record of success.

The Critical Design Review took place at Orbital ATK s facility in . Landsat 9 will extend the length of the overall Landsat series to half a century, providing the longest continuous record of the Earth s surface as seen from space. has built three other Landsat satellites, including Landsat 8, which was launched in 2013, and is providing high quality images in quantities that surpass mission requirements. The company was also responsible for the successful Landsat 4 and Landsat 5 satellites launched in 1982 and 1984.

Landsat 9 is based on Orbital ATK s flight-proven LEOStar-3 spacecraft bus platform, the same that was successfully used on Landsat 8. The Ice, Cloud and Land Elevation satellite (ICESat-2) and the Joint Polar Satellite System (JPSS-2) spacecraft are also based on the LEOStar-3 bus platform and currently in production for at Orbital ATK s facility.