Next-Generation Weather Satellite is on Schedule for Completion in 2020 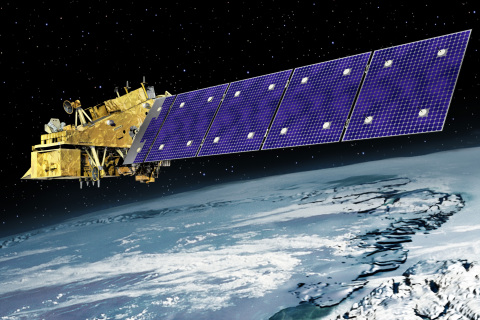 The JPSS-2 spacecraft is on schedule for completion in 2020. (Photo: Business Wire)

Representatives from , NOAA and recently completed a successful spacecraft Critical Design Review (CDR) for JPSS-2, which demonstrated that the program met all system and schedule requirements. Also evaluated was Orbital ATK s responsibility for integrating five government-furnished instruments, and supporting the launch, early operations, and on-orbit satellite check-out prior to handing operations over to NOAA.

The successful conclusion of the JPSS-2 Spacecraft CDR marks a key milestone for the program and keeps the JPSS-2 spacecraft on track for an on-time delivery, said , Vice President of Science and Environmental Programs at . While building a space-based weather observation satellite is a new mission area for us, it will be manufactured on a flight proven platform that demonstrates the success of Orbital ATK s current science and environmental satellites that already provide critical data to our customers.

The contract with was awarded to for the delivery of JPSS-2 and includes options for two additional satellites, JPSS-3 and JPSS-4. The company is responsible for the design, manufacturing and testing of the JPSS-2 satellite which is scheduled to be completed in 2020 at the company s satellite manufacturing facility in .

While has manufactured a wide variety of Earth science, commercial imaging and defense satellites, JPSS-2 will be the first operational weather spacecraft produced by the company. The spacecraft is based on Orbital ATK s LEOStar-3 bus, a flight-proven flexible satellite platform that can accommodate a variety of missions, including Landsat-9 and ICESat-2, both currently in production by the company. Built to support long-life missions, this modular design incorporates improvements and upgrades from prior bus developments that resulted in numerous highly successful missions.

The JPSS-2 satellite will join a constellation of satellites, including the joint (Suomi NPP) and NOAA s JPSS-1, which gather global measurements of atmospheric, terrestrial and oceanic conditions. During the required seven-year design life, JPSS-2 will deliver observations essential for accurate forecasting up to seven days ahead of severe weather like hurricanes, tornadoes and blizzards. The data collected will also be used to assess environmental hazards such as sea ice, floods, volcanic ash, wild fires and poor air quality. The result is timely and accurate public forecasts that reduce the potential loss of life and property and minimize economic impact around the world.