DULLES, Va. – June 29, 2021 – Northrop Grumman Corporation (NYSE: NOC) announced today that its Cygnus spacecraft left the International Space Station to begin the next phase of the NG-15 mission. Cygnus was released by the station’s robotic arm at 12:32 p.m. ET, carrying more than 8,000 pounds of disposable cargo. Cygnus will remain in orbit for approximately three days to carry out the secondary phase of the mission. 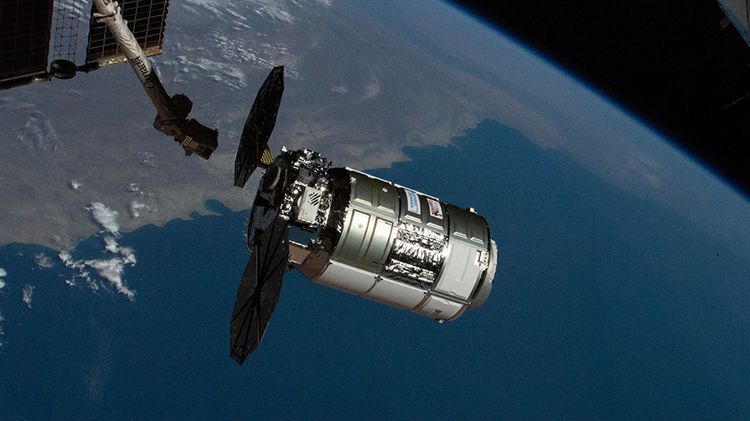 The S.S. Katherine Johnson begins the second phase of its mission after leaving the International Space Station (Photo: NASA)

“Our Cygnus cargo resupply missions to the International Space Station help enable humans to live and work in space,” said Frank DeMauro, vice president and general manager, tactical space systems, Northrop Grumman. “With each mission, we grow our capabilities beyond cargo resupply as we operate a high performing science laboratory for both civil and commercial companies during the secondary phase of our flight.”

The NG-15 Cygnus spacecraft was launched on Feb. 20 aboard Northrop Grumman’s Antares rocket, carrying nearly 8,000 pounds of scientific research, supplies and equipment to the astronauts living on the station. The vehicle has been berthed with the orbiting laboratory since Feb. 22.