“Global Hawk went to war soon after the tragic events of 9/11 and has never come home,” said Mick Jaggers, vice president and program manager, Global Hawk program, Northrop Grumman. “We are incredibly proud of Global Hawk’s legacy of service to the United States Air Force and are grateful to the hundreds of men and women who have helped make Global Hawk the pre-eminent intelligence, surveillance and reconnaissance (ISR) platform in the world.”

The Global Hawk landed in the Middle East in November and in less than 10 days was prepared for a mission to support warfighters on the ground.

Northrop Grumman employees were forward-deployed, too, working alongside their USAF counterparts to get Global Hawk in the air and keep it flying to provide critical pre-strike and post-strike data necessary for effective combat operations. The team was led by Avis Anderson, now Northrop Grumman’s Director of Global Logistics and Operations. 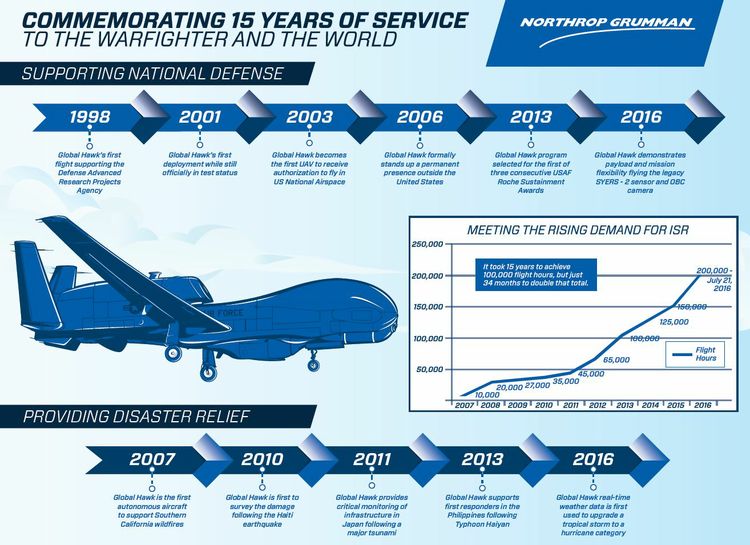 “Certainly there was a fear of the unknown, going into a strange place and not knowing what you would encounter; nobody wants to go to a war," said Anderson who volunteered to lead the small team of contractors. "But we had to go. The Air Force needed the system experts. The team did a great job and the system performed remarkably well."

“15 years later we salute the teams that answered our nation’s call and transformed a cutting-edge developmental system into a highly-successful operational ISR asset,” continued Jaggers. “We are inspired by their success and we carry forward that spirit of innovation, teamwork and dedication that sets the standard for high altitude ISR.” 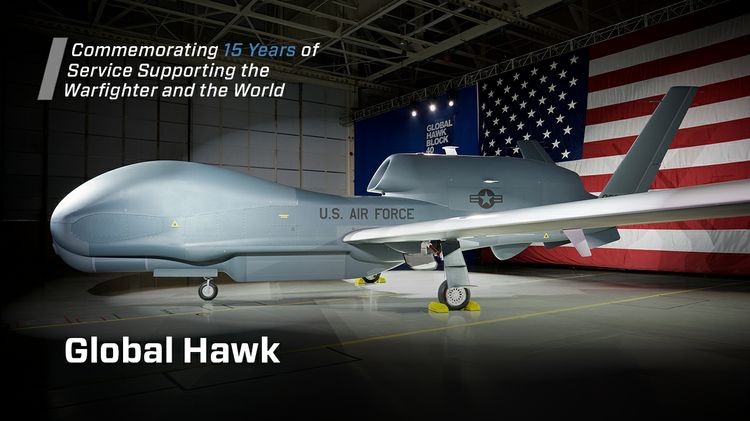 On Nov. 20, 2001, a Global Hawk took to the skies in support of Operation Enduring Freedom. Since that initial flight, Global Hawk has supported the intelligence, surveillance and reconnaissance needs of our nation.
Share Tweet Share Email Print