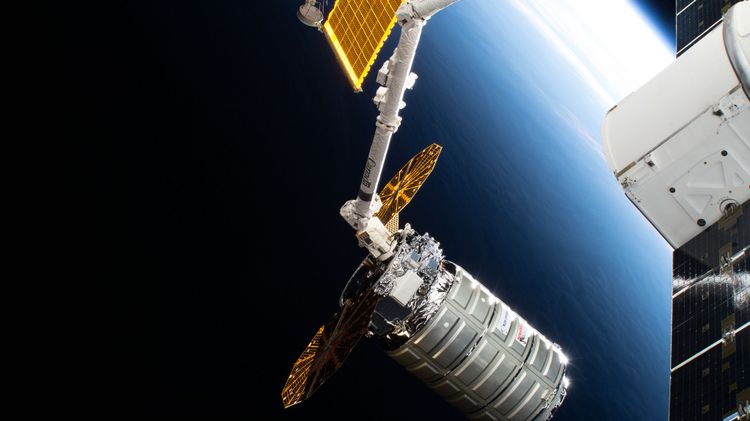 The mission officially concluded on July 30 at 5:17 p.m. ET when Cygnus performed a safe, destructive re-entry into the Earth’s atmosphere over the Pacific Ocean east of New Zealand. The spacecraft remained docked for 52 days at the orbiting laboratory and departed the space station on July 15.

“From launch to our safe re-entry, the ‘S.S. J.R. Thompson’ performed every phase of this mission perfectly,” said Frank Culbertson, president, space systems group, Northrop Grumman. “We now turn our attention toward final preparations for the next Cygnus cargo mission later this year with a continued focus on supporting the needs of the crew members aboard the International Space Station, as well as enabling crucial research programs in space.”

The mission began May 21 when Cygnus launched aboard a Northrop Grumman Antares™ rocket from NASA’s Wallops Flight Facility in Virginia. Upon arrival at the orbiting laboratory, Cygnus delivered approximately 7,400 pounds (3,350 kilograms) of cargo, supplies and scientific experiments to the astronauts.