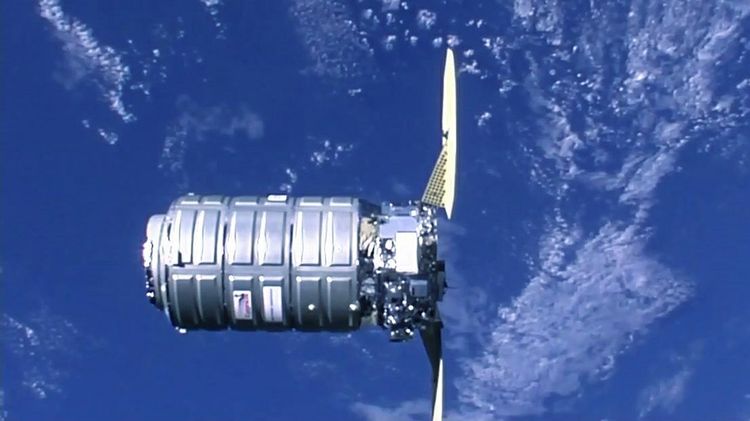 “Our arrival at the space station as the ‘S.S. Roger Chaffee’ marks a proud moment for the NASA and Northrop Grumman teams,” said Frank DeMauro, vice president and general manager, space systems, Northrop Grumman. “As we deliver critical supplies and cargo to the astronauts aboard the space station, we are inspired by Lt. Commander Chaffee’s courage and commitment to the human exploration of space. The Cygnus spacecraft represents his planned journey to space in memory of those who took great risks to advance our nation’s space program.”

Astronaut Roger Chaffee and his crewmates, Virgil “Gus” Grissom and Ed White II, all died in a tragic accident after a fire occurred in the space capsule during a simulation of the Apollo 1 launch in 1967. While his crewmates had flown to space on previous missions, Chaffee had not yet traveled to space. The naming of Cygnus in honor of his memory recognizes his legacy and valued contributions to human spaceflight.

Cygnus arrived at the space station with nearly 7,600 pounds (approximately 3,450 kilograms) of cargo, supplies and scientific experiments. The crew is now scheduled to open Cygnus’ hatch and make initial ingress into the cargo module to begin unloading the pressurized cargo. Cygnus will remain docked at the station for approximately three months before departing on secondary missions.

Once Cygnus departs the station, the spacecraft will begin a secondary mission to deploy CubeSats for two commercial customers. Cygnus will reposition to deploy three CubeSats using a NanoRacks deployer in the Company’s seventh commercial mission.  The Slingshot CubeSat Deployer system is also on board and marking its second mission on a Cygnus spacecraft. Slingshot is a flexible platform that can fly hosted payloads and CubeSats. The system is scheduled to be installed by astronauts while Cygnus is docked to the station in preparation for another round of CubeSat deployments during the next phase of its mission.

After the CubeSats are deployed, Cygnus will remain in orbit for an extended duration mission, an achievement marking a “first” for the spacecraft as it demonstrates capabilities beyond cargo supply and disposal. This newest innovation showcases Cygnus as a future testbed for various types of hosted payload missions. Upon completion of its secondary missions, Cygnus will perform a safe, destructive reentry into Earth’s atmosphere over the Pacific Ocean.