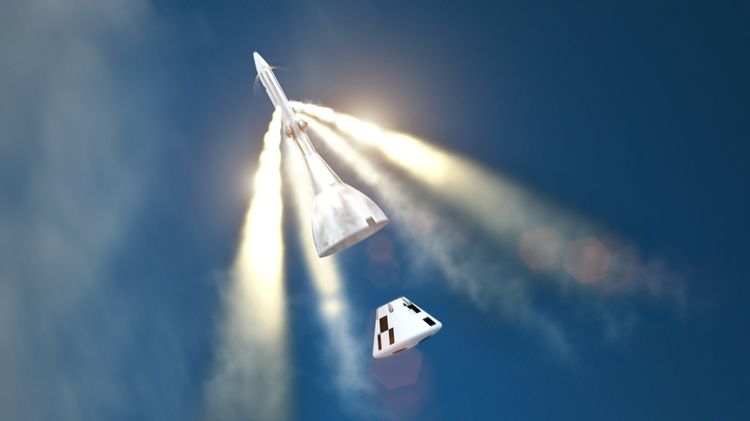 Northrop Grumman’s abort motor and attitude control motor supply the power that enables the Orion spacecraft crew to propel to safety in the event of an anomaly on the launch pad. Photo credit: NASA

These motors will be used for six crewed Artemis missions III-VIII and are the first procured under the new Orion production contract.

The Launch Abort System is a three-motor stack consisting of an abort motor, an attitude control motor and the jettison motor all mounted atop the Orion spacecraft crew capsule, and the combined Orion and LAS sit atop of NASA’s Space Launch System.

“As a former astronaut, there is nothing more important to me than ensuring crew safety to the greatest extent possible,” said Charlie Precourt, vice president, propulsion systems, Northrop Grumman. “Our contribution to Orion’s Launch Abort System helps to ensure it is equipped with trusted, reliable propulsion to safeguard Artemis crews.”

The LAS is designed to carry the Orion spacecraft and its crew to safety if an anomaly occurs on the launch pad or during the SLS rocket’s climb to orbit. The abort motor would provide thrust of about 400,000 pounds in less than two seconds to lift the crew away from the launch vehicle. In this event, the attitude control motor would steer the Orion crew capsule away from the launch vehicle and orient the capsule for parachute deployment once the crew module is clear of all hazards. 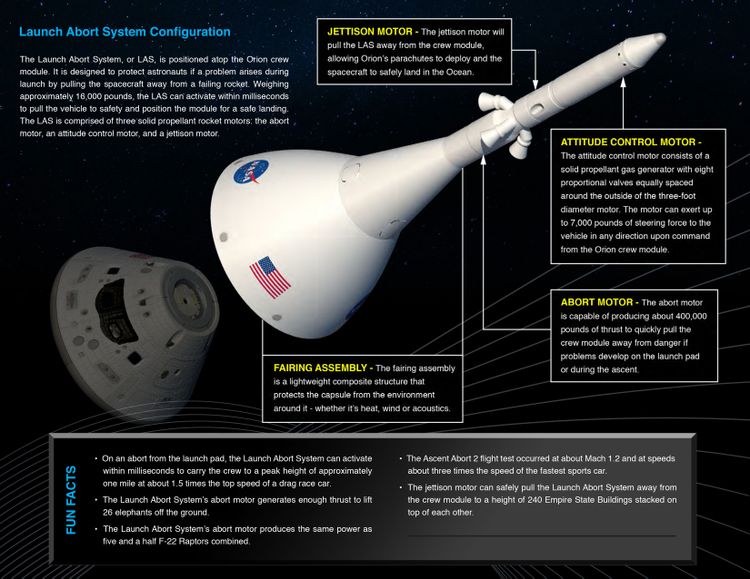 The Launch Abort System is a three-motor stack consisting of an abort motor, an attitude control motor and the jettison motor all mounted atop the Orion spacecraft crew capsule, and the combined Orion and LAS sit atop of NASA’s Space Launch System. Photo credit: NASA

The abort motor is manufactured at Northrop Grumman facilities in Magna, Promontory and Clearfield, Utah, and the attitude control motor is produced at the company’s Elkton, Maryland, facility. Northrop Grumman previously delivered its LAS motors to Kennedy Space Center for the Artemis I mission, set to occur next year, and for Artemis II.

From the first lunar lander to the space shuttle boosters, to supplying the International Space Station with vital cargo, Northrop Grumman has pioneered new products and ideas that have been put into orbit, on the moon, and in deep space for more than 50 years. As a major contributor to NASA’s Artemis program, the company is building on its mission heritage with new innovations to enable NASA to return humans to the moon, with the ultimate goal of human exploration of Mars.