CHARLOTTESVILLE, Va. – Nov. 14, 2016 – Northrop Grumman Corporation (NYSE: NOC) has been awarded a contract from Eastern Shipbuilding Group (ESG) for the design of C4ISR and machinery control systems (MCS) for the U.S. Coast Guard Offshore Patrol Cutters (OPC). The U.S. Coast Guard plans to build as many as 25 OPCs to replace its fleet of medium endurance cutters. 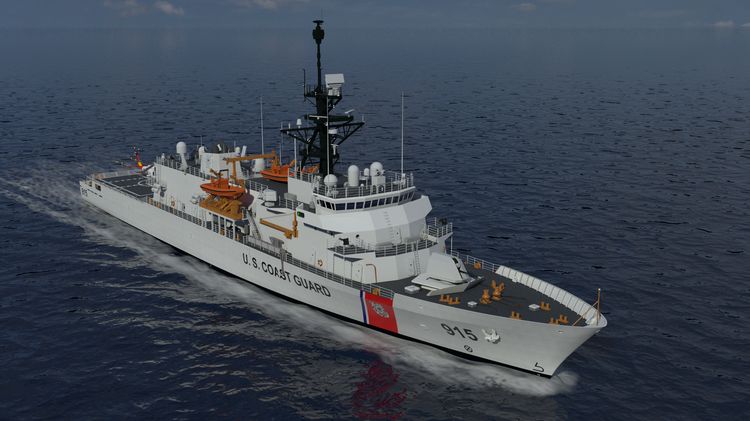 Northrop Grumman has been awarded a contract from Eastern Shipbuilding Group for the design of C4ISR and machinery control systems for the U.S. Coast Guard Offshore Patrol Cutters.

Included in the design phase of the OPC program is a MCS land-based test facility, as well as a C4ISR test and integration facility, both of which will be located in Charlottesville. Additional work will be conducted at company facilities in San Diego, and Ocean Springs, Mississippi. Northrop Grumman will also provide key C4ISR and MCS integration roles during production testing and shipboard trials to be held in Panama City, Florida