The goal of the Parker Solar Probe mission is to increase understanding of the sun, where changing conditions can propagate out into the solar system, affecting Earth. The spacecraft required a third stage to provide the necessary velocity to place it on a heliocentric, Earth escape trajectory toward the sun, making it one of the fastest human-made objects ever launched with a top speed of over 121 miles per second. At that speed, it could travel from the Earth to the moon in under 30 minutes. The third stage system includes a Northrop Grumman STAR 48BVTM solid rocket motor configured to enable precise insertion of the spacecraft into its final trajectory. This mission marks the first time the Delta IV rocket has flown with a third stage. 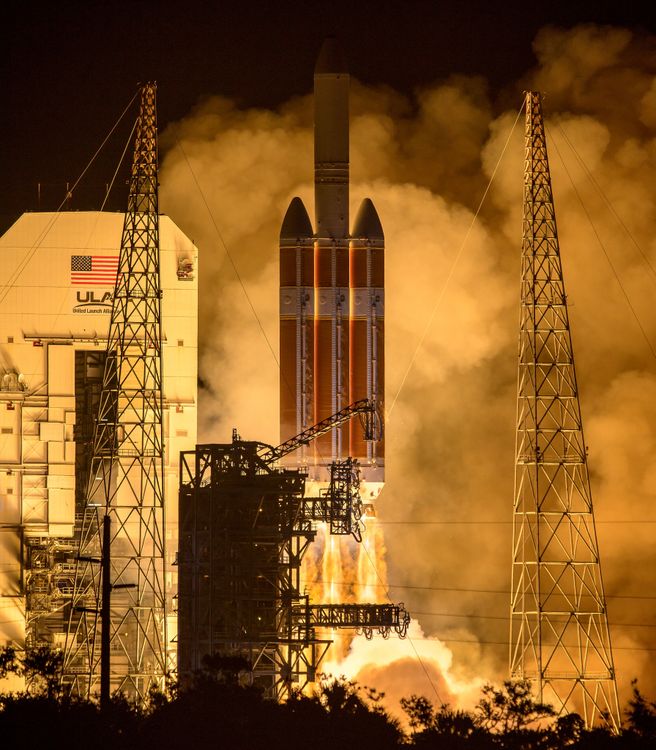 “It has been an honor to work on a historic program that will provide major advancements in the understanding of the sun,” said Phil Joyce, vice president, small space launch systems, Northrop Grumman. “The team was able to draw on its expertise in developing mission-unique stages for our own launch vehicles and applied that knowledge to building the first ever third stage for the Delta IV Heavy.”

Under a subcontract from ULA, Northrop Grumman designed and manufactured the third stage using the company’s flight-heritage components with some modifications to withstand the higher radiation environments unique to the Parker Solar Probe’s Earth escape trajectory. This included all stand-alone avionics, ordnance, structures and flight software. It also included guidance, navigation and control systems, and instrumentation, telemetry and the separation systems for third stage and spacecraft.

Northrop Grumman managed the work for the Parker Solar Probe’s third stage at the company’s facilities in Dulles, Virginia, and Chandler, Arizona. Production for the STAR 48BV motor took place in Elkton, Maryland.

Northrop Grumman also provided 14 key large composite structures for ULA’s Delta IV Heavy rocket. These structures include the following on each of the three Common Booster Cores (CBC): a thermal shield that house and protect the RS68 engine during flight, the centerbody that connects the liquid oxygen (LO2) tank and the liquid hydrogen (LH2) tank, the nosecones on the strap-on CBCs, the interstage on the core CBC that connect to the Delta Cryogeninc Second Stage (DCSS), and the X-panel structures that connect the DCSS LO2 tank and the LH2 tank. Additional contributions include the approximately 63-foot long payload fairing, payload attach fitting, and payload attach fitting diaphragm, all of which encapsulate and protect the payload. These large-scale composite structures measure up to 15 feet in diameter and range from three to 63 feet in length. Northrop Grumman produced these structures at its facility in Iuka, Mississippi.

In addition, Northrop Grumman manufactured the propellant tank for the Delta IV second stage roll control system and a diaphragm tank for the Parker Solar Probe spacecraft at the company’s Commerce, California facility, and designed and manufactured the nozzles for the Delta IV’s RS-68A engines at its Promontory, Utah facility. The company also designed and produced the nozzles’ thermal protection material, which is capable of shielding the nozzle from external temperatures that can exceed 4,000 degrees Fahrenheit during launch. In addition, Northrop Grumman manufactured the eight booster separation motors for the Delta IV Heavy at its plant in Rocket Center, West Virginia.