PROMONTORY, Utah – May 30, 2019 – Northrop Grumman Corporation (NYSE: NOC) successfully conducted a full-scale static fire test of the first stage of its new OmegATM rocket today in Promontory, Utah. This milestone keeps OmegA on track to perform its first launch in 2021 and begin operational launches of national security payloads in 2022. 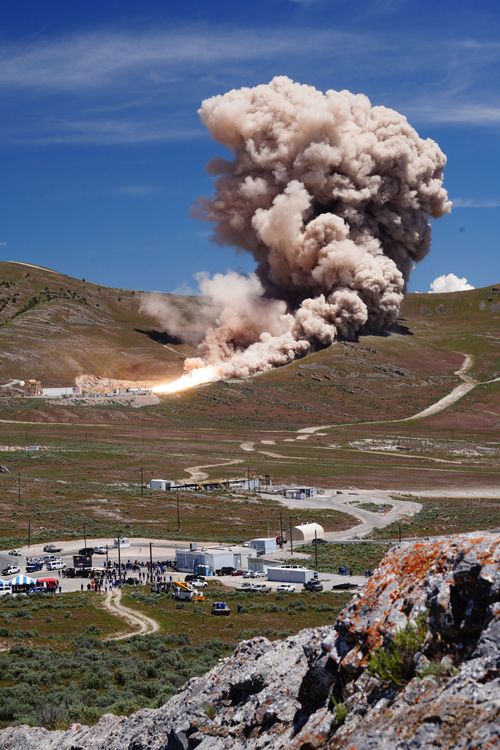 Northrop Grumman successfully conducted a full-scale static test of the first stage of its OmegA rocket May 30, 2019, at the company’s facility in Promontory, Utah. Photo credit: Northrop Grumman

“The OmegA rocket is a top priority and our team is committed to provide the U.S. Air Force with assured access to space for our nation’s most critical payloads,” said Scott Lehr, vice president and general manager, flight systems, Northrop Grumman. “We committed to test the first stage of OmegA in spring 2019, and that’s exactly what we’ve done.”

During today’s test, the first stage motor fired for approximately 122 seconds, producing more than two million pounds of maximum thrust—roughly the equivalent to that of eight-and-a-half jumbo jets. The test verified the performance of the motor’s ballistics, insulation and joints as well as control of the nozzle position.

The 2015 National Defense Authorization Act specified that a domestic next-generation rocket propulsion system “shall be developed by not later than 2019.” With today’s successful test fire, Northrop Grumman demonstrated the company is on track to meet this Congressionally-mandated schedule.

A full-scale static fire test of OmegA’s second stage is planned for this fall. 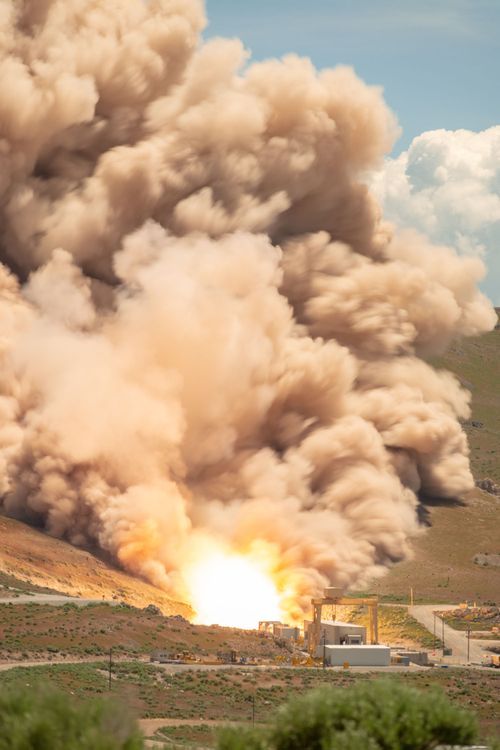 The company’s vehicle development team is working on the program in Arizona, Utah, Mississippi and Louisiana, with launch integration and operations planned at Kennedy Space Center in Florida, and Vandenberg Air Force Base in California. The program will also support thousands of jobs across the country in its supply chain.