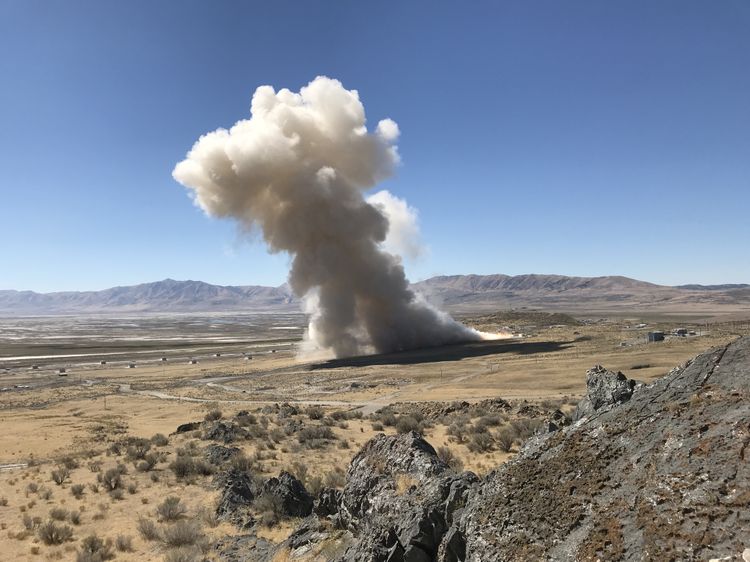 Northrop Grumman began developing the motor just three years ago, reaching this static test milestone in rapid time for such a complex drop-in solution to an existing launch vehicle. The team developed the innovative design that tailors motor performance to meet ULA design objectives under a cooperative development program.

“Northrop Grumman has been supplying solid propulsion motors for a variety of launch vehicles since 1964,” said Scott Lehr, president, flight systems, Northrop Grumman. “As ULA’s largest legacy supplier of solid propulsion, we’re pleased that our most recent product has reached this important milestone. The successful completion of this test enables full production to begin.”

The GEM 63 motor will be used as a direct replacement of the previous strap-on boosters on ULA’s Atlas V rocket beginning in July 2019 with the Space Test Program (STP)-3 mission that will use five boosters. Additional missions will follow, each of which may include up to five solid rocket motors.

Northrop Grumman is also developing a GEM 63XL motor using internal funding for use on ULA’s Vulcan Centaur rocket, which will fly with up to six GEM 63XLs per flight. The first GEM 63XL case, which is the longest non-segmented, monolithic case ever manufactured, has already been wound at a new facility in Clearfield, Utah.

Both versions of the GEM 63 family use common materials and processes to maintain a high-reliability, low-cost product. The next GEM 63 motor test, scheduled for November, will satisfy additional requirements for certification by the U.S. Air Force.