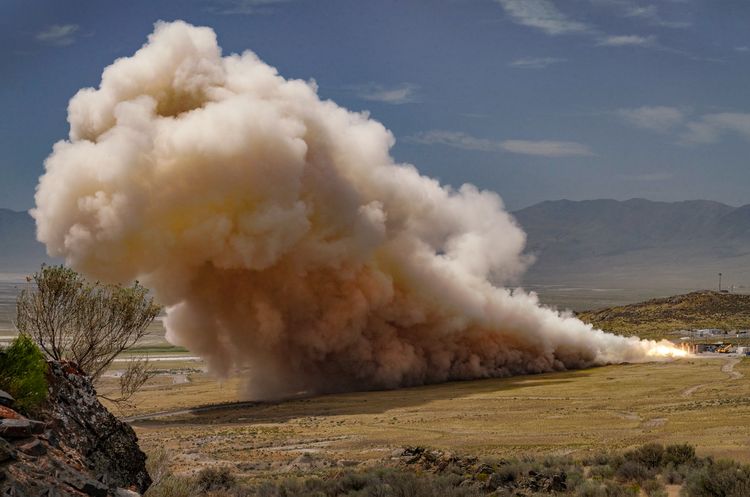 During today’s static test, the motor fired for approximately 90 seconds, producing nearly 449,000 pounds of thrust to qualify the motor’s internal insulation, propellant grain, ballistics and nozzle in a cold-conditioned environment. This test demonstrated materials and technologies similar to the GEM 63 rocket motor that qualified for flight in October 2019. 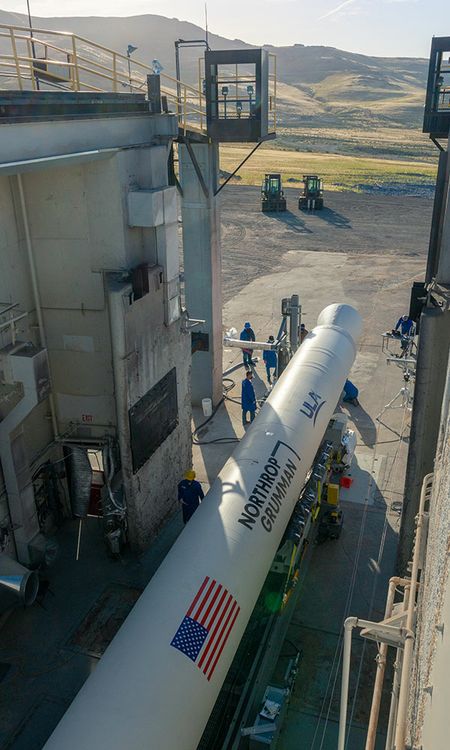 The GEM 63XL motor being prepared for static test firing in a Test Area test bay.

Northrop Grumman has supplied rocket propulsion to ULA and its heritage companies for a variety of launch vehicles since 1964. The GEM family of strap-on motors was developed starting in the early 1980s with the GEM 40 to support the Delta II launch vehicle. The company then followed with the GEM 46 for the Delta II Heavy, and the GEM 60, which flew 86 motors over 26 Delta IV launches before retiring in 2019 with 100 percent success. The first flight of the GEM 63 motors will be on a ULA Atlas V launch vehicle planned for fourth quarter 2020, and GEM 63XL motors will support the Vulcan rocket in 2021.

A media kit for the ground test can be found here.