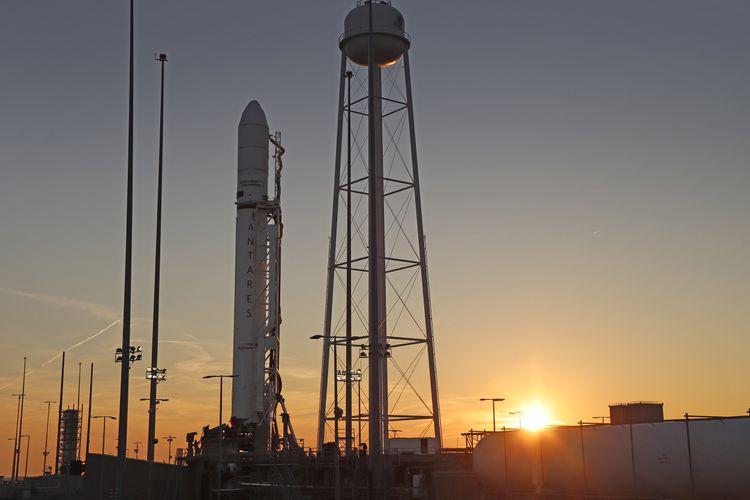 Antares is scheduled to launch Saturday, Feb. 19 at 12:40 p.m. EST from the Mid-Atlantic Regional Spaceport Pad 0A at NASA’s Wallops Flight Facility on Wallops Island, Virginia. Cygnus will rendezvous with the station on Feb. 21, where it will remain attached to the station for three months while performing the reboost. Live coverage of both the Antares launch and Cygnus berthing with the station will be available on NASA TV.

“We are expanding the suite of value-added capabilities that we offer through our proven Cygnus program,” said Steve Krein, vice president, civil and commercial space, Northrop Grumman. “The addition of reboost services to Cygnus’ capabilities provides NASA with an even greater tool to advance space science and exploration, whether that’s on the International Space Station, the moon or beyond.”

Reboosting is a critical part of altitude maintenance for the station. Earth’s atmosphere causes a slight amount of drag, causing the station’s altitude to lower slowly over time. Small, precise nudges are required to place it back into its proper orbit. Northrop Grumman will perform the adjustment service while Cygnus is berthed with the station.

Each Cygnus spacecraft is named in honor of an individual who has made great contributions to human spaceflight. For the NG-17 mission, Cygnus celebrates Piers Sellers, a former NASA astronaut and renowned climate scientist. Sellers flew on missions STS-112, STS-121 and STS-132, logging nearly 35 days in space and 41 extravehicular activity hours across six spacewalks to help construct the International Space Station. He was a strong advocate for climate research, creating and teaching solutions to limit mankind's impact on the planet. After retiring as an astronaut 2011, Sellers rejoined his colleagues at NASA’s Goddard Space Flight Center, leading science and exploration endeavors. In 2016, he received NASA’s Distinguished Service Medal, the agency’s highest honor, before passing away later that year.

Details about the mission, as well as more information about Piers Sellers, are available on the Northrop Grumman website.