WALLOPS, Va. – Feb. 19, 2021 – Northrop Grumman Corporation (NYSE: NOC) is set to launch the company’s 15th resupply mission (NG-15) to the International Space Station under NASA’s Commercial Resupply Service-2 contract. The NG-15 mission’s Cygnus spacecraft will launch aboard the company’s Antares rocket with nearly 8,000 pounds of scientific research, supplies and hardware for the crew aboard the station. 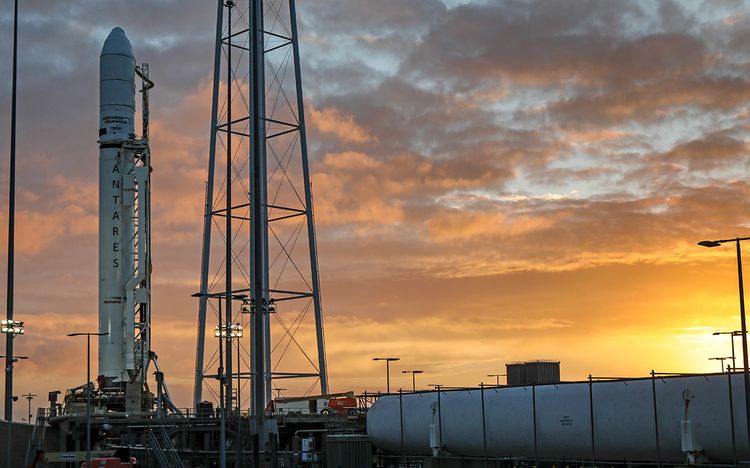 The NG-15 mission’s Cygnus spacecraft will launch aboard the company’s Antares rocket with nearly 8,000 pounds of scientific research, supplies and hardware for the crew aboard the station.

Liftoff of the Antares rocket is scheduled for Feb. 20 at 12:36 p.m. EST from the Mid-Atlantic Regional Spaceport Pad 0A on Wallops Island, at NASA’s Wallops Flight Facility. Live coverage of the Antares launch will be available on NASA Television at http://www.nasa.gov/live.

Northrop Grumman names each Cygnus spacecraft in honor of individuals who have made substantial contributions to the United States’ commercial space program and human space flight. The NG-15 mission commemorates Katherine Johnson, a NASA mathematician and Black woman who not only broke through barriers of gender and race, but delivered calculations that were critical to the success of numerous human spaceflight missions.

The “S.S. Katherine Johnson” will remain attached to the space station for approximately three months before departing with up to 8,200 pounds (approximately 3,720 kilograms) of disposal cargo.

During the NG-15 mission, Cygnus will once again act as a science platform in low Earth orbit for a variety of customers. After departing from the station, the spacecraft will deploy a number of CubeSats via a Slingshot deployer and a Nanoracks deployer, including Dhabisat, the second CubeSat developed by Khalifa University in Abu Dhabi, United Arab Emirates. Dhabisat was developed as part of Khalifa’s Space Systems and Technology Concentration, a joint program established in 2015 in collaboration with UAE-based satellite operator Al Yah Satellite Communications Company (Yahsat) and Northrop Grumman.

Details about the mission and its unique cargo, and more information about Katherine Johnson are available on Northrop Grumman’s NG-15 Mission Page.