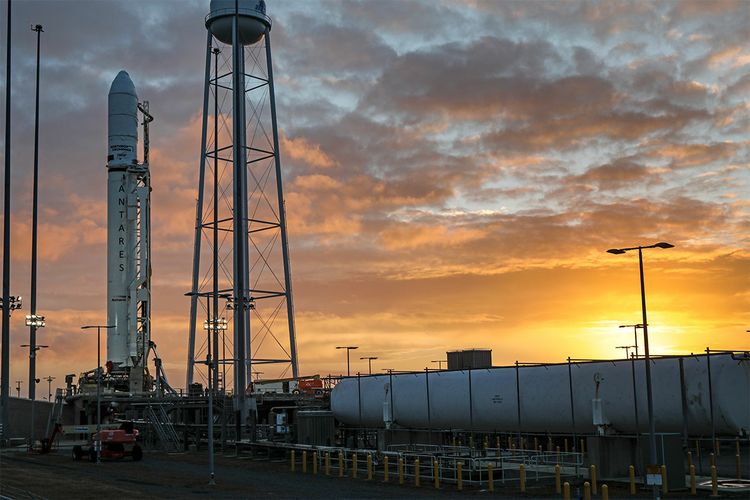 Northrop Grumman is set to launch its 14th resupply mission to the ISS. The Cygnus spacecraft will launch aboard the company’s Antares rocket with nearly 8,000 pounds of scientific research, supplies and hardware for the astronauts aboard the station.

Liftoff of the Antares rocket is scheduled for Oct. 1 at 9:38 p.m. EDT from the Mid-Atlantic Regional Spaceport Pad 0A on Wallops Island, at NASA’s Wallops Flight Facility. Live coverage of the Antares launch will be available on NASA Television at http://nasa.gov/ntv. Details about the mission and its unique cargo, as well as a map showing where you might see the launch, are available on Northrop Grumman’s website.

A secondary mission is also planned for Cygnus once it leaves the space station in approximately three months. The spacecraft hosts the Northrop Grumman-built SharkSat payload and will perform the Saffire–V experiment.

Northrop Grumman names each Cygnus spacecraft in honor of individuals who have made substantial contributions to the United States’ commercial space program and human space flight. The NG-14 mission commemorates Kalpana Chawla, a NASA astronaut and the first woman of Indian descent to fly in space. Chawla was selected for the astronaut program in 1994, with her first flight in 1997 on STS-87 aboard the Space Shuttle Columbia. In 2003, Chawla and her crew members tragically lost their lives during mission STS-107 when Columbia did not survive its return to Earth.

The S.S. Kalpana Chawla will remain attached to the ISS for approximately three months before departing with up to 8,200 pounds (approximately 3,720 kilograms) of disposal cargo.