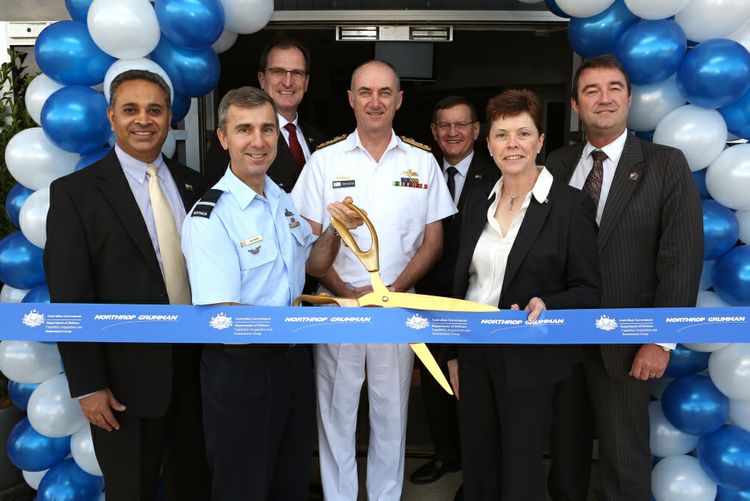 Northrop Grumman’s LAIRCM system functions by automatically detecting a missile launched at an aircraft, determining if it is a threat and activating a high-intensity laser-based countermeasure system to track and defeat the missile. The only such systems currently in high-rate production, LAIRCM systems are either installed or scheduled for installation on more than 1,500 military aircraft worldwide to protect more than 75 different large fixed-wing transports and small rotary-wing platforms from infrared missile attacks.

“Nearly 16 years ago, the Royal Australian Air Force became the first international customer for our laser-based infrared countermeasures system,” said Mary Petryszyn, vice president and general manager, land & avionics C4ISR division, Northrop Grumman Mission Systems. “This facility will contribute to our customers’ continued mission success, significantly broaden our maintenance capabilities and reduce repair times by up to 50 percent. This increases the availability of major RAAF platforms and systems because we are now able to do the work directly in Australia with a local Australian workforce.”

“The opening of this facility at RAAF Edinburgh, in partnership with the RAAF and Capability Acquisition and Sustainment Group exemplifies Northrop Grumman’s plans to substantially grow its Australian footprint over the coming period,” added Ian Irving, chief executive, Northrop Grumman Australia. “It also demonstrates our commitment to expanding our sustainment and logistics activities here at RAAF Edinburgh and elsewhere across Australia, in support of Australian Defence Force platforms and capabilities. The ability to sustain key systems and capabilities such as these in Australia is an important sovereign capability, resulting in the development of new high technology skill sets, and reduced handling and turnaround time on servicing, repairs and upgrades.”