Northrop Grumman Named Large Company of the Year by SpaceNews

DULLES, Va. – Dec. 14, 2020 – Northrop Grumman Corporation (NYSE: NOC) is being recognized for significant contributions to the global space industry in 2020. SpaceNews has honored Northrop Grumman with the Award for Excellence & Innovation as the Large Company of the Year. 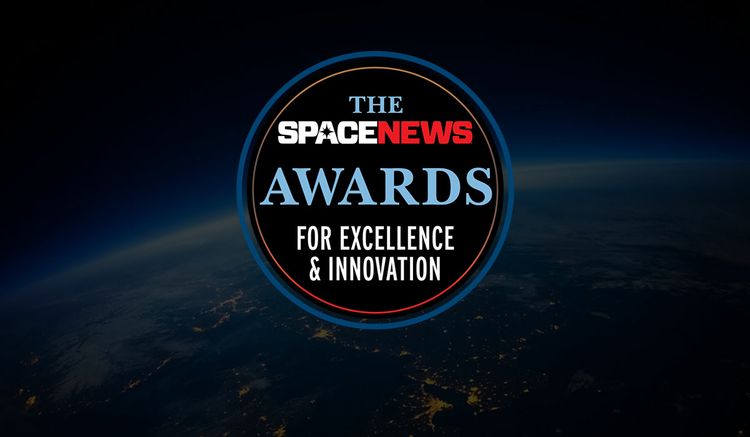 “We have a world-class team with a depth and breadth of capabilities that is unmatched in the space industry, and we are truly honored that SpaceNews has recognized our success,” said Kathy Warden, chairman, chief executive officer and president, Northrop Grumman. “As we have aligned our extensive space portfolio and capabilities, we have remained focused on driving even greater agility, speed and affordability for our customers.”

As a leader in national security, commercial and civil space, 2020 proved to be a year of significant growth and achievement for Northrop Grumman across its newly integrated space portfolio.

The company began the year by making history when its Mission Extension Vehicle successfully provided life-extension services to an aging Intelsat satellite. Within the commercial satellite industry, the company was selected by Intelsat and SES in June to provide C-band satellites to make the lower portion of the C-band spectrum available to mobile network operators and further the rollout of critical 5G services.

In national security space, Northrop Grumman was selected by the U.S. Air Force to modernize the nation’s aging Intercontinental Ballistic Missile system through the engineering and manufacturing development phase of the Ground Based Strategic Deterrent program. The company received a contract from the U.S. Space Force for the rapid prototyping phase of the Evolved Strategic SATCOM (ESS) program and was selected to design and develop the first two-polar orbiting space vehicles for the Space Force’s Next-Generation Overhead Persistent Infrared program. Northrop Grumman was also selected by the U.S. Army to develop two prototype ground stations for the Tactical Intelligence Targeting Access Node system.

In the company’s launch portfolio, Northrop Grumman is the prime contractor to provide the Intercontinental Ballistic Missile target and supported the mission with ground control systems that led to the first successful intercept from an Aegis ship during a Missile Defense Agency flight test. Three of the company’s 63-inch-diameter Graphite Epoxy Motors (GEM 63) rocket boosters helped successfully launch a National Reconnaissance Office mission on a United Launch Alliance (ULA) Atlas V launch vehicle for the first time this year.

In support of NASA’s Artemis program, Northrop Grumman successfully delivered the first set of rocket boosters to the Kennedy Space Center for the Artemis I mission. The company was also awarded a contract from NASA to execute the preliminary design and development of the Habitation and Logistics Outpost, which was completed this past fall.

Northrop Grumman leads the industry team for NASA’s James Webb Space Telescope (JWST), the largest, most complex and powerful space telescope ever built, which is on track to launch next year. The company is also a member of the Blue Origin-led Human Landing System National Team as the provider of the transfer element.

To learn more about the awards and this year’s winners, please visit: https://spacenews.com/the-2020-spacenews-awards-for-excellence-and-innovation-winners/