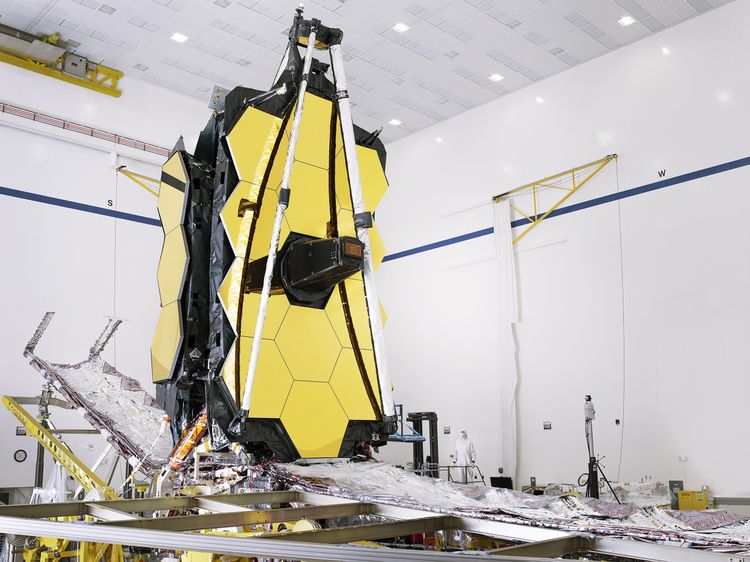 The Northrop Grumman and NASA team started preparations for the milestone seven years ago, when engineers began the design and build of the flight hardware and tools needed to join the two halves. With the base composite structures for the SCE and OTIS, engineers used an interface transfer tool to physically match the connection interfaces, preparing them for this very moment. At roughly 8,000 pounds, spanning 131 inches, OTIS had to align with six launch load interfaces. This resulted in stringent alignment requirements to within .004 inches, about the width of a human hair, and meant engineers had to be meticulous. Over the two phase operation, OTIS was lifted and suspended in the air, then lowered to connect in tight quarters (up to approximately 0.2 inches) between in-place hardware and parts of the OTIS.

“This milestone marks a major achievement for all of us at Northrop Grumman and NASA,” said Scott Willoughby, vice president and program manager, James Webb Space Telescope, Northrop Grumman. “Seeing the full observatory for the first time further reinforces our commitment to mission success. There is still more work to be done, but it is a great feeling seeing something that was once a concept, become reality.” 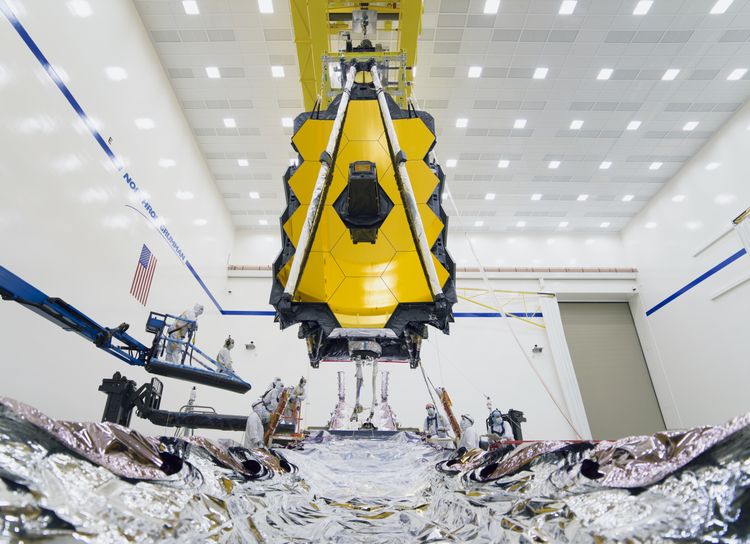 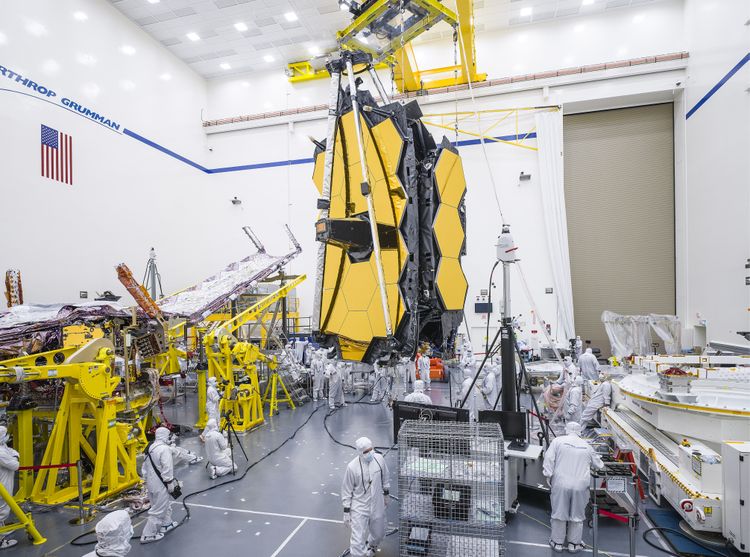