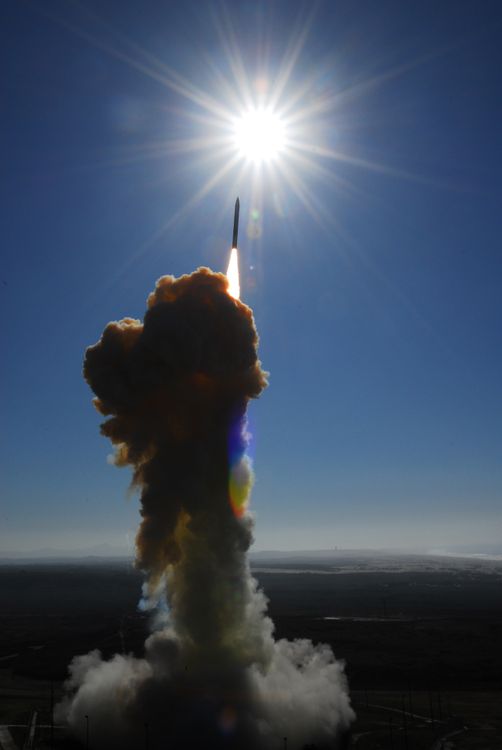 “The ICBM target represents a growing threat that is much more sophisticated and challenging for our fire control capabilities,” said Dan Verwiel, vice president and general manager, missile defense and protective systems, Northrop Grumman. “While our consistent performance provides greater confidence in the ballistic missile defense system (BMDS), we continue to look for every opportunity to insert innovative, affordable solutions to enhance the BMDS.”

During the GMD flight test, known as FTG-15 and conducted by the U.S. Missile Defense Agency and the Boeing/Northrop Grumman team, a ground-based interceptor was launched from Vandenberg Air Force Base, California, against a target missile threat fired from a launch complex at Ronald Reagan Ballistic Missile Defense Test Site in the Marshall Islands.

Northrop Grumman’s GMD fire control system integrated data from the space-based infrared sensor with data from a forward-deployed AN/TPY-2 radar and the sea-based X-band radar to help identify, track, engage and ultimately destroy the target. The company’s in-flight interceptor communications system provided target-track updates to the kill vehicle to ensure it had the most accurate data available prior to engagement. In addition, Northrop Grumman’s command launch equipment effectively launched the interceptor.

“Our fire control products demonstrated their reliability for engaging a threat and our launch equipment performed as planned in interfacing with a new interceptor design in this test,” said Theresa Moxley, deputy program manager for the Boeing/Northrop Grumman GMD team. “This was a successful flight test of our systems and products as well as an opportunity for maturing future capabilities ahead of schedule and with more affordability.”

Northrop Grumman is a strategic partner of The Boeing Company for the GMD program that provides the nation’s only defense against long-range ballistic missiles. Northrop Grumman is responsible for designing, deploying and maintaining the fire control capability for GMD, which includes the fire control system, in-flight interceptor communications system data terminal, communications network equipment and system managers, and command launch equipment.

Over the course of the GMD program, these systems and products have met every objective for all 25 system flight and 21 ground tests. Northrop Grumman has also delivered and installed all of the more than 50 contracted products on time, every time and, since 2001, under budgeted costs.

Northrop Grumman personnel in Huntsville and Colorado Springs, Colorado, develop the GMD products. The hardware for the in-flight communication system is provided by Harris Corp., a major teammate in Melbourne, Florida. Approximately 600 people are employed on this project at these three locations and the deployment sites.

Northrop Grumman also supported the test through its prime contractor role at the Missile Defense Integration and Operations Center (MDIOC) and participation in the Lockheed Martin-led Missile Defense National Team providing software development and test execution in the Command and Control Battle Management and Communication (C2BMC) system. Company personnel at the MDIOC provided engineering, flight test execution, and communications expertise that helped the Mission Control Center Facility and the C2BMC System Test Operational Center monitor and assess the progress and success of the GMD flight test. In addition, C2BMC provided communication connectivity for the external sensors to the GMD fire control system and situational awareness for the test mission.