LONDON – Oct. 27, 2016 – Northrop Grumman Corporation (NYSE: NOC) successfully demonstrated the AQS-24B mine hunting system at the Royal Navy-sponsored Unmanned Warrior exercise in Scotland. This was the first time the AQS-24B towed mine hunting sensor has been deployed from an unmanned surface vessel in British waters. 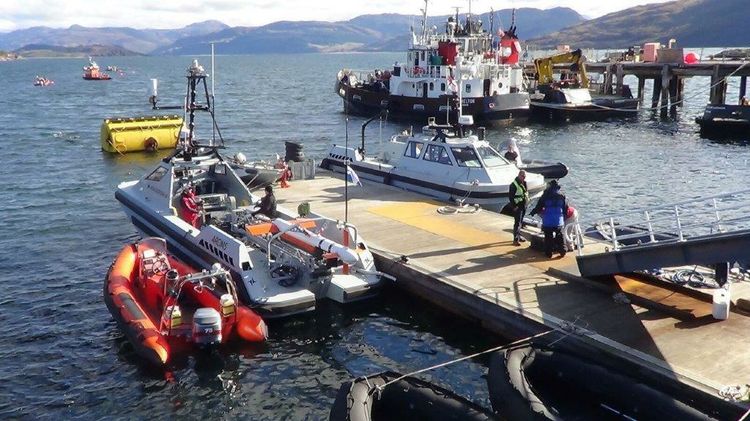 The demonstration highlights Northrop Grumman’s leading role in proving the operational utility of unmanned maritime systems in the air, surface and subsurface domains. The system was remotely launched, towed and recovered from Atlas Elektronik U.K.’s ARCIMS Unmanned Surface Vessel (USV) and was operated from a shore base at speeds of up to 18 knots. At speeds of nearly twice that of any other mine hunting system on the market, the USV/ AQS-24B combination quickly completed a number of scenarios and challenges that were set by the Royal Navy’s Mine Warfare Group.

The AQS-24B system includes the world’s first operational High Speed Synthetic Aperture Sonar (HSSAS) and an optical laser line scan sensor. With this unique sensor combination the system demonstrated  its versatility by performing mine detection, localisation, classification and identification in a simulated mine field at the British Underwater Test and Evaluation Centre (BUTEC) range in Scotland.

“The collaborative spirit shown across all parties in the Unmanned Warrior exercise has been exceptional,” said Andrew Tyler, chief executive, Northrop Grumman Europe. “The exercise has demonstrated the technologies that underpin the USV/AQS-24B capability are at a mature readiness level and could be deployed in the short to medium term.” 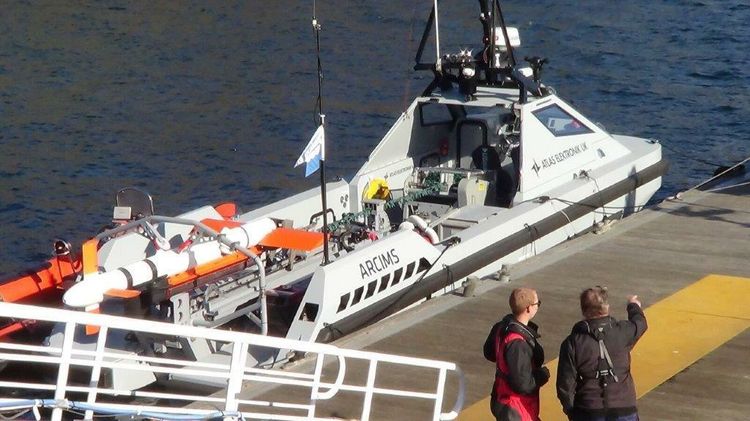