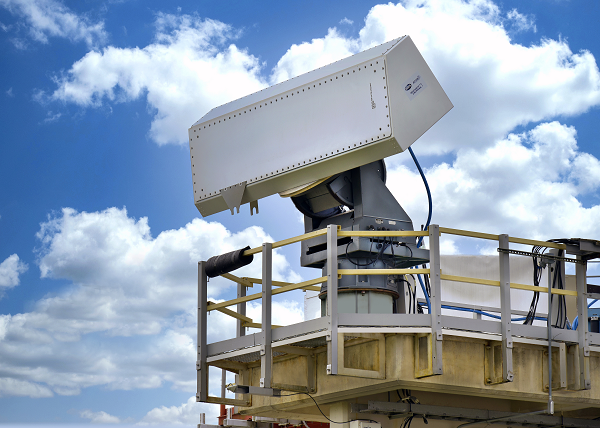 “The development of the ACT-IV system is a breakthrough in AESA performance and marks an important milestone in the nation’s transition to digitally reprogrammable multifunction radio frequency (RF) systems,” said William Phillips, director, multifunction systems, Northrop Grumman. "The new ACT-IV capabilities have the agility to defeat complex emerging threats and will be used to enhance the next generation of integrated circuits and AESAs that are currently in our digital AESA product pipeline.”

ACT-IV is one of the first multifunction systems based on a digital AESA using the semiconductor devices developed on the DARPA Arrays at Commercial Timescales (ACT) program. By applying the flexibility of the digital AESA, the ACT-IV system can perform radar, electronic warfare and communication functions simultaneously by controlling a large number of independent digital transmit/receive channels. The agility of the digital AESA was demonstrated during multiple demonstrations at the Northrop Grumman test range and will enable future warfighters to quickly adapt to new threats, control the electromagnetic spectrum, and connect to tactical networks in support of distributed operations.

The ACT-IV system will be a foundational research asset for the Department of Defense’s multi-service research initiative for digital radars and multifunction systems. This initiative will support a community of researchers that are developing new algorithms and software to explore the possibilities of next generation digital AESAs for national security missions.

The algorithms, software and capabilities developed on ACT-IV will transition into next generation multifunction RF systems to support advanced development programs throughout the Department of Defense.

“This delivery is the culmination of the close collaboration between the teams at AFRL, DARPA and Northrop Grumman,” said Dr. Bae-Ian Wu, ACT-IV project lead, Sensors Directorate, AFRL. “The ACT-IV system is being prepared for initial testing by the AFRL Sensors Directorate as part of a strategic investment to develop and test the technologies for multifunction digital phased array systems in an open-architecture environment for the larger DoD community.”

Northrop Grumman is the industry leader in developing mission-capable, cost-efficient, open-architecture and multi-function radar and sensor systems to observe, orient and act across all domains – land, sea, air and space. They provide the joint forces with the intelligence they need to operate safely in today's multi-domain operational environment.