ROCKET CENTER, W.Va. – Feb. 28, 2019 – Northrop Grumman Corporation (NYSE: NOC) marked a significant milestone recently with the delivery of its 200,000th DSU-33 Proximity Sensor, a technology which provides air-burst detonation of general purpose bombs for United States and allied airmen who rely on it as a force multiplier in combat. 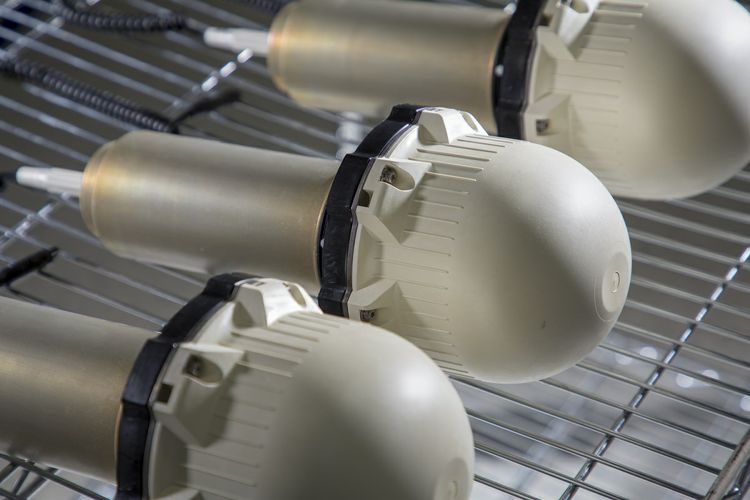 Initial production of the DSU-33B/B configuration began in 2000 and the product has evolved to the present DSU-33D/B configuration. Throughout its 18-year production history, an integrated product team, including representatives from government and industry, has ensured the sensor has remained effective for U.S. and allied warfighters’ needs today and well into the future. DSU-33 Proximity Sensors have been used by the U.S. Air Force, U.S. Navy and Marine Corps, and multiple allied nations. They are currently being procured by the U.S. Army on behalf of the U.S. Air Force and foreign military users.

“The DSU-33 program illustrates collaboration and success in fielding what is truly a joint product,” said Pat Nolan, vice president, missile products, Northrop Grumman. “This level of teamwork exemplifies how we can significantly improve quality, reliability and capability, while simultaneously reducing the warfighter cost throughout the life of the program.”

Recently, members of the integrated program team including leadership from the U.S. Army’s Joint Program Executive Office for Armaments and Ammunition and the U.S. Air Force Materiel Command, visited Northrop Grumman’s Allegany Ballistics Laboratory to celebrate the milestone with past and present employees working on the program.