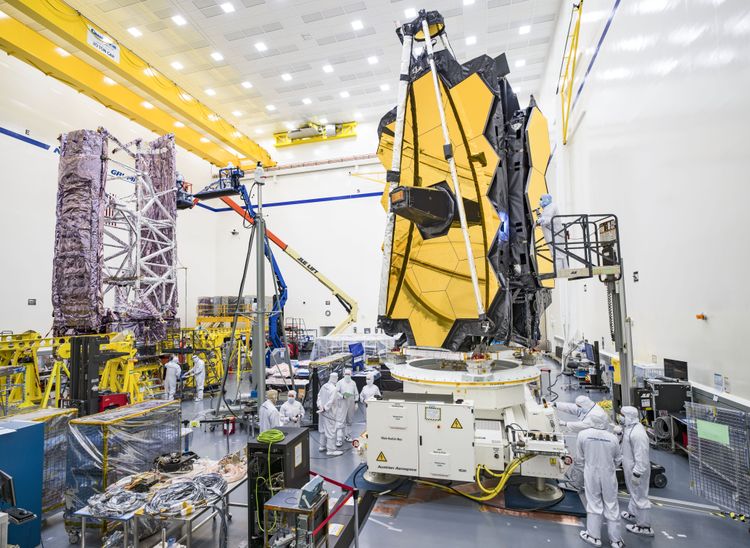 Both halves of NASA’s James Webb Space Telescope are housed in Northrop Grumman’s cleanroom as they undergo ongoing testing and integration efforts.

Acoustic and sine vibration testing validates the structural design and verifies the mechanical workmanship and integrity of the actual flight SCE by subjecting it to simulated rigors of the launch environment. 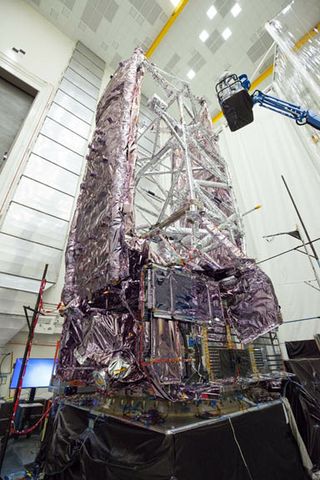 The SCE was subjected to acoustic noise levels of 140.7 decibels (damage to hearing starts at 85dB while speakers at a concert can be as loud as 120dB or more), which simulated the high noise levels generated from rocket engines and turbulent air flow at high Mach speeds during launch. Vibration testing simulates the vibration and shaking Webb will experience during launch. During testing, the SCE was attached to a large electrodynamic shaker, vibrating it along three orthogonal axes. This back-and-forth or “sinusoidal” vibration was applied by starting at a low, subsonic frequency of 5 hertz (cycles per second) and “sweeping” up to a medium frequency of 100 hertz in the course of just over one minute. Ultimately, the SCE was subjected to protoflight vibration levels required to simulate a rocket launch experience. Testing on the ground assures that Webb can successfully withstand the rigors of its journey to space.

The James Webb Space Telescope will be the world’s premier space science observatory of the next decade. Webb will solve mysteries of our solar system, look to distant worlds around other stars, and probe the mysterious structures and the origins of our universe. Webb is an international program led by NASA with its partners, the European Space Agency and the Canadian Space Agency. 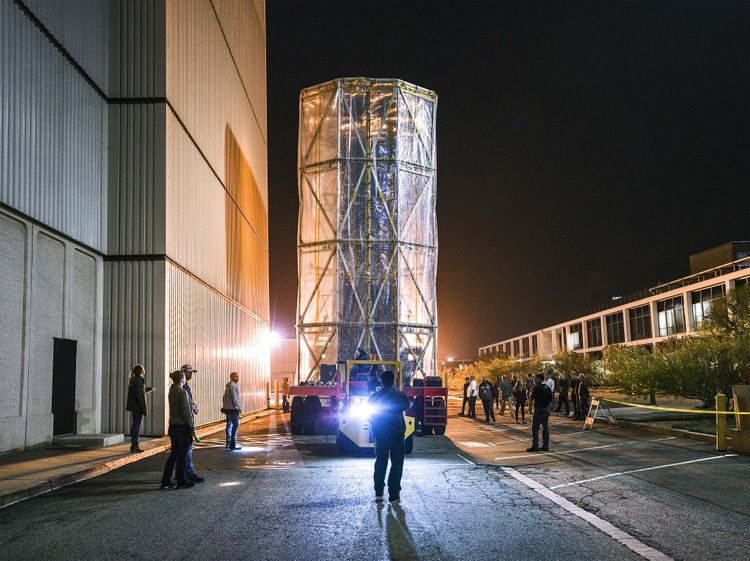 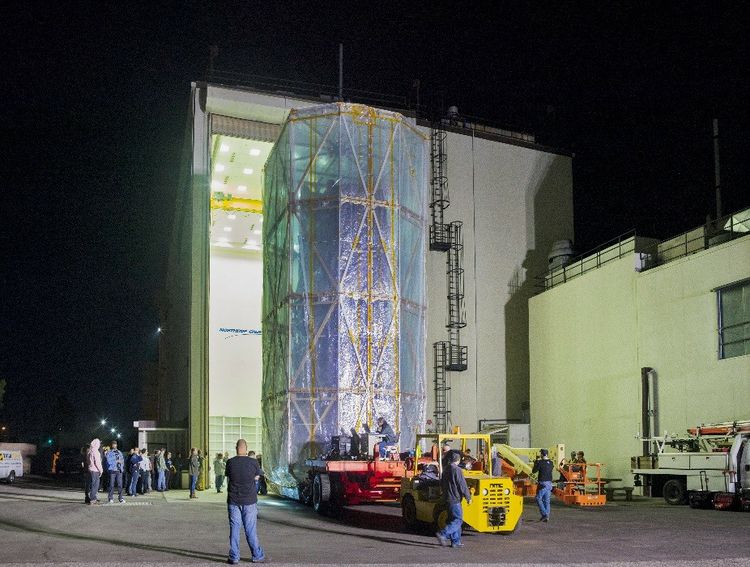