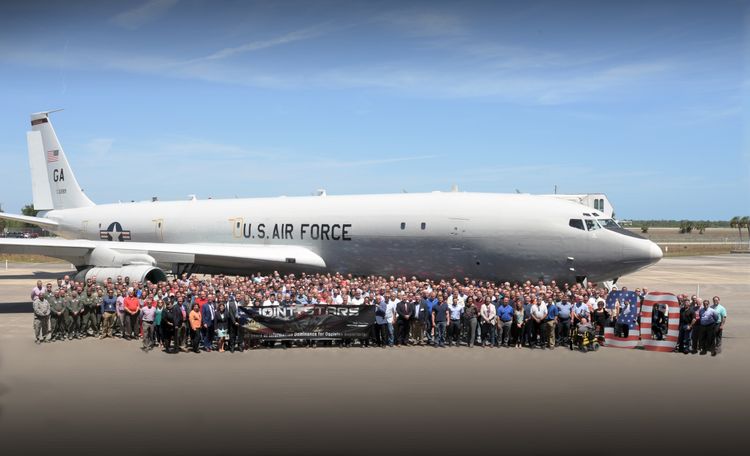 Northrop Grumman celebrated 30 years of information dominance for decision superiority provided by the Joint Surveillance Target Attack Radar System - as it looks to the future of battle management command and control.

“Today we celebrate the vision of those who have come before us to develop the Joint STARS capability, and honor the dedication and commitment of those who continue keeping Joint STARS relevant and highly capable in the fight. It is also a chance to honor all who have supported and will support missions using this incredible capability,” said Col. Curtis “Walleye” Bass, commander, 461st Air Control Wing, United States Air Force. “Joint STARS remains the ‘Eyes in the Sky’ for boots on the ground as well as those in the air and on the sea. We look forward to continuing to support combatant commanders around the globe in this important mission.”

“Joint STARS is the only all-weather battle management command and control weapons system today in the Department of Defense. We’re honored to celebrate all that the system, and the warfighters who fly it, have accomplished in support of our nation’s security,” said Kevin Mickey, sector vice president and general manager, military aircraft systems, Northrop Grumman. “Flying nonstop since 9/11, Joint STARS has supported every major combatant commander – flying over 130,000 combat mission hours for CENTCOM alone. It is clear that Joint STARS is providing information dominance for decision superiority.”

“American ingenuity created Joint STARS and it has proven its worth time and time again over these last 30 years,” said Senator Debbie Mayfield (15th District), State of Florida. “It is critical that we, in elective office, keep this battle management command and control capability at the forefront of the fight to support our combatant commanders around the world. Our enemies cannot have any battlefield advantage.”