ROY, Utah – Aug. 27, 2019 – Northrop Grumman Corporation (NYSE: NOC) celebrated the groundbreaking of a new facility today, near Hill Air Force Base, to serve as a future headquarters for its workforce and nationwide team supporting the Ground Based Strategic Deterrent (GBSD) program, with the opportunity to add 2,500 jobs in the state of Utah. 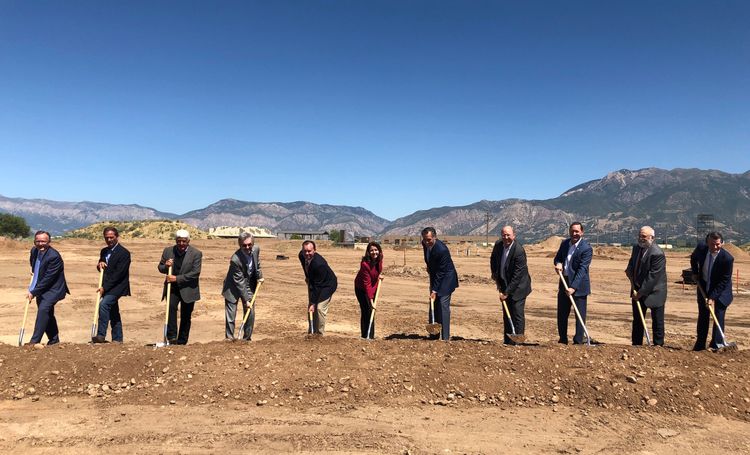 “Modernizing the current ICBM system is a national security priority, and we are proud to be here today to reinforce our commitment to the U.S. Air Force on GBSD and our readiness to deliver on this critical mission,” said Warden. “For more than 60 years, Northrop Grumman has supported the Air Force’s ICBM programs, from our nation’s earliest missile systems to today’s sustainment work, much of which is performed here in Utah.”

Warden added, “We look forward to this facility serving as home to a diverse and talented workforce, dedicated to developing this next-generation capability that will advance the strategic deterrence mission for the U.S. Our world-class, nationwide team is ready to support the GBSD program through the 21st century.”

“It was an honor to take part in today’s groundbreaking ceremony for Northrop Grumman’s GBSD program office,” said Senator Lee. “Northrop Grumman has long played a vital role in providing one of our country’s most important deterrent programs, and in contributing to a thriving economy and a significant source of jobs in Northern Utah. This new GBSD office will not only further benefit the state of Utah, but will strengthen the security of our nation as a whole.”

“By standing up the Ground Based Strategic Deterrent Program at Hill Air Force Base, we are making the modernization of our nuclear deterrent a high priority, which will be critical for meeting the national security challenges of the coming decade,” said Senator Romney. “We are also bringing 2,500 high-skill, high-paying jobs to Utah, which will have a lasting and positive impact on our state’s economy. I appreciate the commitment of Northrop Grumman to modernizing the United States’ nuclear triad and their continued support of Hill Air Force Base.”

“Utah has a long history of contributing to our nation’s defense. Those contributions are thanks in no small part to the partners involved in advancing the tactics and technologies of the United States military,” said Rep. Bishop. “Utah has played a key role in supporting ICBM programs dating back to the 1950s. The groundbreaking of this Northrop Grumman facility marks the start of a brand-new chapter in Utah’s support of the nuclear triad.  As threatening technologies advance in nations around the world, particularly amongst our would-be adversaries, it is crucial that these programs advance here at home. There is no better place than in Utah for the hard work to be done.”

“Utah and Hill Air Force Base play a vital role in the defense of our country. This project will add thousands of jobs to Utah’s economy while developing crucial national security technology. I welcome Northrop Grumman’s addition to our great state,” said Rep. Chris Stewart.

Northrop Grumman is currently the largest security and defense company in Utah with more than 5,100 employees across the state, primarily located in Bacchus, Clearfield, Ogden, Promontory and Salt Lake. The new facility is scheduled to be completed by mid-2020.

On Aug. 21, 2017, Northrop Grumman was one of two companies awarded a Technology Maturation and Risk Reduction contract for the new GBSD weapon system program.  The Air Force released a request for proposals for the next phase of the program in July 2019 and announced it expected final award in the third quarter of 2020.