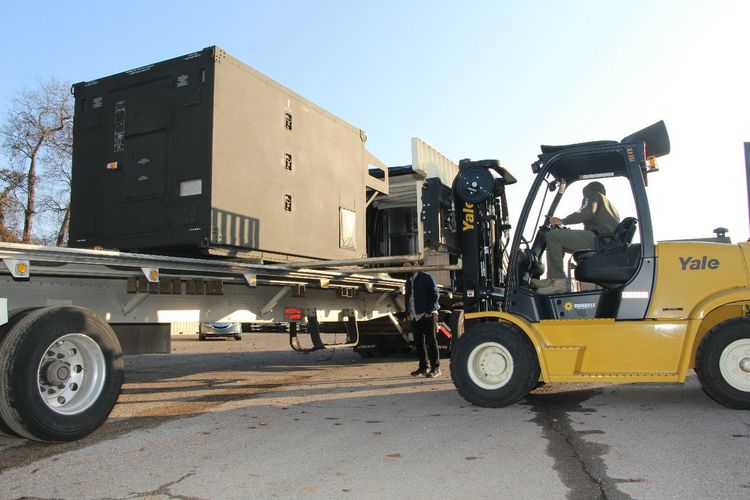 Shelters arrive at the Huntsville Manufacturing Facility where they will be outfitted as IBCS Engagement Operations Centers for Poland.

During this production phase, IBCS hardware is installed in the shelters to create functioning engagement operations centers (EOCs). These IBCS EOCs are integrated with IBCS battle management software that maximizes the combat potential of sensors and weapon systems. Once the integration is complete, the EOCs will undergo an acceptance test prior to delivery to the U.S. government, which in turn will deliver to Poland as part of the foreign military sales contract for WISŁA.

“Receiving these shelters and kicking off production marks a critical milestone on the WISLA program and gets us one step closer to fielding this capability in Poland,” said Kenn Todorov, vice president and general manager, combat systems and mission readiness, Northrop Grumman. “Our Huntsville Manufacturing Center production line is ready and equipped to deliver these command centers on time and on budget.”

The Huntsville Manufacturing Center has a long heritage supporting large scale manufacturing programs including the Army’s Command Post Platform. Northrop Grumman has successfully developed, integrated and delivered IBCS major end items such as engagement operations centers, the entire command post environment, integrated fire control network relays and plug-and-fight kits that have all been used by U.S. soldiers in highly successful, operationally realistic tests and that warfighters will use once the system is fielded.

The acquisition of IBCS is a major component of Poland’s WISLA air and missile defense modernization program. In March 2018, Poland signed a foreign military sales agreement with the U.S. government to purchase IBCS and became the first international partner country to acquire this transformational capability. By acquiring IBCS, Poland will modernize its air and missile defense forces toward assuring interoperability with U.S. forces and within the North Atlantic Treaty Organization (NATO).