*** This release has been updated to also include the contract amount awarded on Sept. 28, 2017

The contract, awarded by the U.S. Naval Sea Systems Command (NAVSEA), includes options which if exercised would bring the total value to $505 million. On Sept. 28, 2017, Northrop Grumman received  an additional $267.6 million for full-rate production in support of the Navy’s Expeditionary Warfare Program Office. Northrop Grumman will produce the systems in San Diego and complete the work by August 2022.

The Increment One Build One system uses an open architecture integrated design to maximize commonality across the variants, reducing life-cycle costs and providing increased protection against worldwide threats. JCREW systems are also in use today providing protection from unmanned airborne systems (UAS) in support of the growing counter-UAS mission. This demonstrated multi-mission capability highlights the programmability and versatility of these advanced electronic warfare systems.

“JCREW is a crucial capability that’s urgently needed in the field to protect our warfighters. The system developed by Northrop Grumman is exceedingly effective at defeating the innumerable immediate IED threats and designed for rapid updating to defeat new threats,” said Jeannie Hilger, vice president, communications business, Northrop Grumman Mission Systems. “The open architecture design allows us to get this critical capability to the warfighter most quickly and to ensure, once deployed, it remains the most potent protection.”

Northrop Grumman received a NAVSEA contract in 2013 to complete its JCREW development and, in 2015, a contract for low-rate initial production. 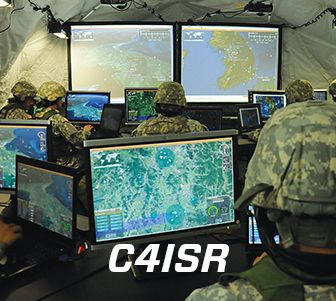