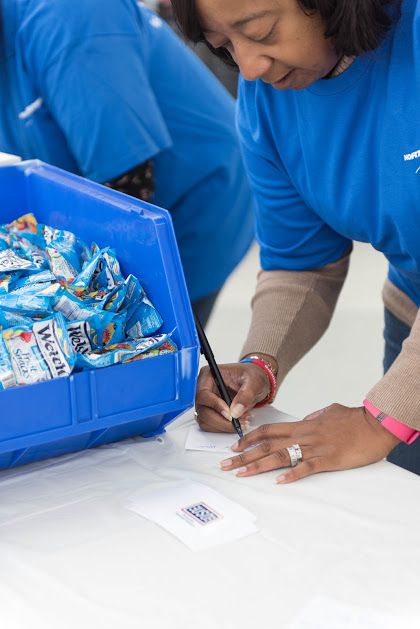 More than 45 company employees and Steve Goldfein, vice president, strategy development and deployment, Northrop Grumman, joined the assembly line in the USO’s BWI airport lounge to show their support to all who serve.

“Northrop Grumman has been honored to serve as a proud sponsor of the USO lounge here at BWI Airport,” said Goldfein. “Through its extensive work with troops and their families around the world, the USO has long demonstrated the enduring American tradition of respect and support for our armed forces.”

The special event – hosted by the USO Metropolitan Washington-Baltimore chapter – is just one way Northrop Grumman is giving back to the Armed Forces and their families.

On Dec. 27, Northrop Grumman will present its ninth annual Military Bowl – a premier regional event benefiting the USO and other military support organizations.

“We’re incredibly thankful to Northrop Grumman for their long-standing support of our nation’s military members and their families,” said Elaine Rogers, CEO and president, USO-Metro. “We’re looking forward to the upcoming Military Bowl activities where we will recognize members of the Armed Forces and celebrate USO’s 75th anniversary.”

Northrop Grumman has a proud history in Maryland dating back to 1938 and is committed to making a positive impact in the community. With more than 10,000 employees statewide, including almost 7,000 near BWI Marshall Airport, the company is the largest manufacturing employer in Maryland.

“Our country owes a great debt to its veterans for their selfless dedication,” added Goldfein. Approximately 20 percent of Northrop Grumman employees are veterans of the U.S. military.

The USO strengthens America’s military service members by keeping them connected to family, home and country, throughout their service to the nation. For more than 75 years, the USO has served as a force behind the forces, acting as an extended family, with kindness, caring, and comfort for American service members everywhere. From the moment they join, through their assignments and deployments, and as they transition back to their communities, the USO is always by their side. 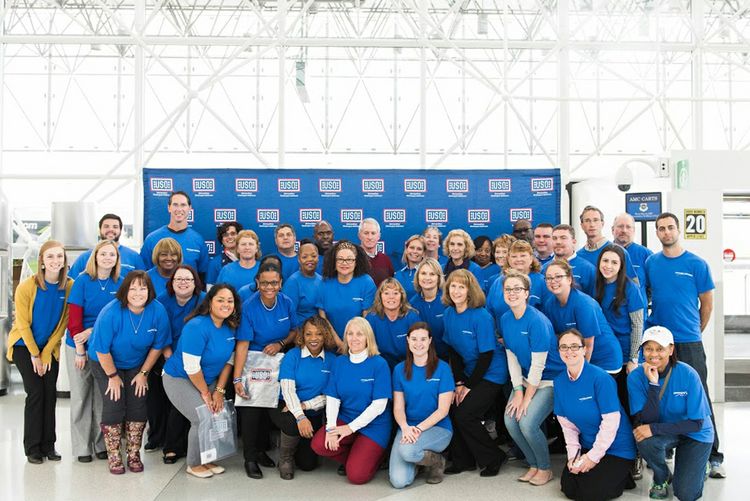 Northrop Grumman Named a 2018 “Best Place to Work for Disability Inclusion” and Receives the “Employer of the Year: Inspire Award”