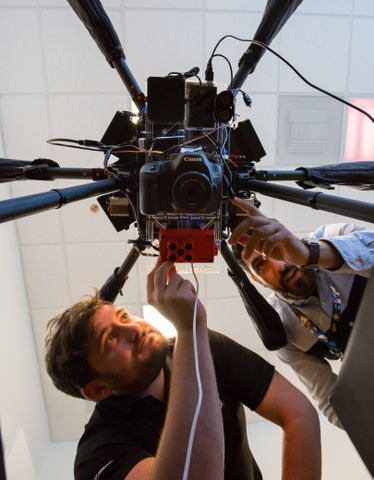 “There are few studies of polar bears based on direct observation. With the development of this autonomous system, we are hoping to gain a perspective into polar bear lives rarely seen before,” said Dr. Nicholas Pilfold, scientist in Population Sustainability at the San Diego Zoo Institute for Conservation Research. “This data will ultimately help inform conservation strategies for the species.”

Since the late 1970s, scientists have used satellite imagery to evaluate sea ice habitat that is critical to polar bear survival, and they have used a wide range of methods to study polar bears in their habitat. Though it is highly valuable, satellite imagery has limitations; and traditional research methods can require handling of polar bears, with studies of behavior dependent on direct observation—which is rare and can be dangerous for researchers. The autonomous system will be utilized to provide a more detailed, finer-scale view of sea ice habitat, and it offers the potential to observe polar bears without disturbing the animals or posing a risk to humans.

“The latest, innovative technology can have a significant impact on this program,” said Charlie Welch, Northrop Grumman’s technical lead for Operation #PolarEye. “We are using new techniques in prototyping and rapid product development to deliver a system scientists need to better understand ice pack and polar bear behavior.”

The team is using a hexacopter platform, for its vertical takeoff and landing capability and its robustness in harsh conditions. The platform consists of six rotors, a triple-redundant navigation system, high-voltage battery packs and a custom payload bay to hold a range of integrated sensors. The Operation #PolarEye technical team is also working to develop a ruggedized Arctic structure to protect their electronics and extend battery range in extreme cold. 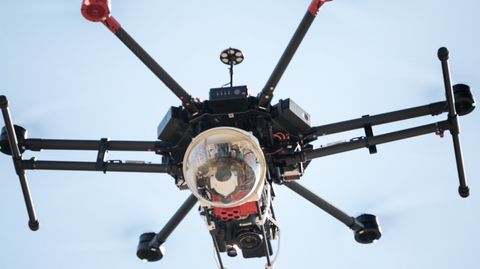 During the mission the team will live-stream video to the ground station so they can operate a developmental autonomous polar bear recognition algorithm - which they hope will notify scientists when a polar bear is spotted to allow for easier monitoring on the ice. The team will be operating four integrated sensors from their vehicle, including high-resolution and multispectral cameras, a laser altimeter and ice-penetrating radar.

The Arctic expedition is planned for mid-November. The Northrop Grumman-San Diego Zoo Global team will operate from the Churchill Northern Studies Centre, located along the Hudson Bay coastline in Churchill, Manitoba, and a remote research facility located on the Knife Delta. 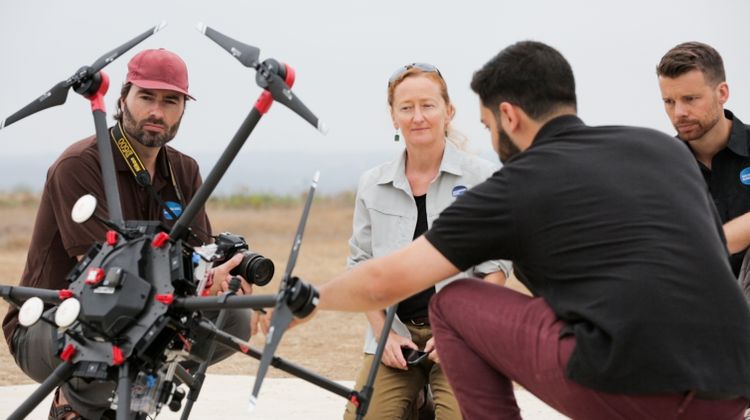