From the Sunshine State to the Arctic, Northrop Grumman Engineers Use Autonomous Technology for Polar Bear Research

This week, Northrop Grumman engineers and San Diego Zoo Global scientists are traveling to the Arctic to validate autonomous flight technology that they hope will lay the groundwork for future research missions to protect polar bears. The technology will allow researchers to track polar bear movements over thousands of miles while measuring the ice pack that is critical to the species’ survival. 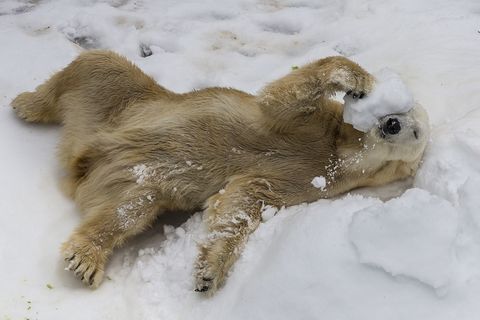 Northrop Grumman's autonomous technology will be used to study the impacts of climate change on the polar bear population.

Polar Eye, the Northrop Grumman team from Melbourne, Florida, was selected after winning a recent Northrop Grumman competition and demonstrating their aircraft’s low acoustic signature, optical payload and endurance last month. A program manager and technical lead will join the team, and collaborate in the field with scientists from San Diego Zoo Global.

“Autonomous capabilities are our sweet spot. We cannot wait to bring our technology to the Arctic in support of San Diego Zoo Global’s polar bear conservation efforts and our company’s vision of advancing human discovery,” said Jessi Ross, Polar Eye Team member. “Our team has been working with the scientists on a regular basis to plan flight operations and share practical information such as how to avoid hypothermia. We know it will be a cold and challenging environment, but we are a team, and we are going to do this together.”

The team will be flying an all-electric, fixed wing aircraft with a 14-foot wingspan and a custom fuselage for the accommodation of several optical sensors. The plane is also equipped with multi-terrain landing gear and environmental packaging for the rough Arctic environment, where temperatures regularly drop below zero degrees Fahrenheit.

The Arctic expedition is planned for Nov. 15-22. The Northrop Grumman-San Diego Zoo Global team will be operating out of the Churchill Northern Studies Centre, located along the Hudson Bay coastline in Churchill, Manitoba.

More information about how San Diego Zoo Global scientists hope to use this technology can be found here .